The Ubuntu One personal cloud storage service is now available for Mac users, albeit only in beta form for now. 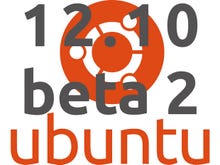 Ubuntu 12.10 (Quantal Quetzal) is shaping up to be a controversial release, with a solution for dual-booting with Windows 8 and a new online scope for Dash search providing Amazon shopping suggestions.

The release, revealed on Thursday, means Canonical's service now has clients for every major desktop and mobile platform, including Windows , iOS, Android , and of course Ubuntu — although other Linux distributions can also use the service.

"As this is a beta we are still working hard fixing bugs to make the Mac client even slicker," Canonical said in a blog post. "Please be patient whilst we iron out the kinks over the coming weeks."

Ubuntu One has many rivals these days, ranging from Dropbox to Google Drive. However, the release of the Mac client will in some respects bring it up against Apple's iCloud, which also provides file synchronisation between the iOS and OS X platforms.

Like iCloud, Ubuntu One lets users stream music from the cloud, and it also has an iTunes-rivalling music store. However, iCloud is much more focused on synchronising contacts, calendar entries, notes and other types of information between devices.

The contacts-synchronisation element is somewhat lacking in Ubuntu One for now, as users have manually enter contacts one by one. However, Canonical says it has "big plans" for this feature.

Canonical also recently added the ability for users to  share file links  with each other.

Join Discussion for: Mac users get Ubuntu One beta as partial...