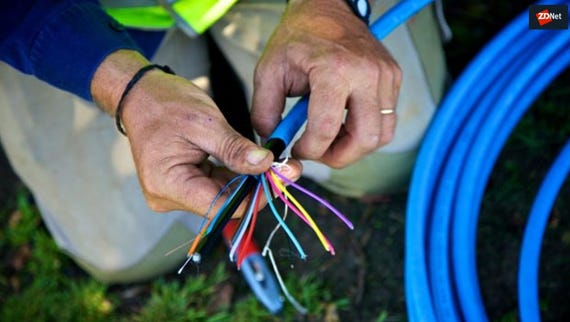 Calling the offering "Business class NBN by Macquarie Telecom", MacTel said it will include access to its data, internet, voice, and software-defined wide-area networking (SD-WAN) business products; support staff based in Australia; and "coast-to-coast access to all sites in Australia".

Delivering these services will create 50 new jobs at Macquarie Telecom, the telco said, with the product suite utilising NBN's business-grade products such as asymmetrical (TC4), symmetrical (TC2), and enterprise ethernet across a virtual network-to-network (v-NNI) link that allows it to access all NBN points of interconnect.

"Our commitment to the business community has reached another milestone with the signing of a new multi-year agreement valued at more than AU$100 million with Macquarie Telecom," Tyler wrote in a blog post.

"This agreement will see us provide the underlying wholesale access network to deliver voice and data services to Macquarie's business customers.

"NBN Co's agreement with Macquarie is one we hope will be the prototype for what we can achieve in the future with other providers eager to serve the nation's businesses, whether they are small or large. It also demonstrates our underlying network infrastructure is enterprise-ready and we are well and truly open for business."

Tyler added that NBN will be launching its enterprise fibre broadband service with symmetrical 1Gbps speeds later this year, and is continuing work on a wholesale business satellite service.

NBN had announced its wholesale business-grade satellite service in May, with the service to make use of underutilised spectrum from its existing satellites when it launches next year.

NBN is expecting to trial the service later this year ahead of a launch in the first half of 2019, after "extensive consultation" of its potential pricing and products over the next few months.

In February, NBN also announced that Telstra, Vocus, and TPG had begun trialling its NBN enterprise ethernet service, which is aimed at delivering 1Gbps symmetrical speeds to users.

The enterprise-grade solutions will provide "increased service and activation support" for government and large business customers when they launch in Q3 2018.

NBN is also planning to introduce tailored pricing on its wholesale business products, including the capped pricing model announced in October.