Another Linux distribution with an upcoming release I have been looking forward to made a Beta release. Mageia Linux 2 is on a fast track now, with the final Beta released a few days ago, the Release Candidate due in less than two weeks, and the final release due two weeks after that. 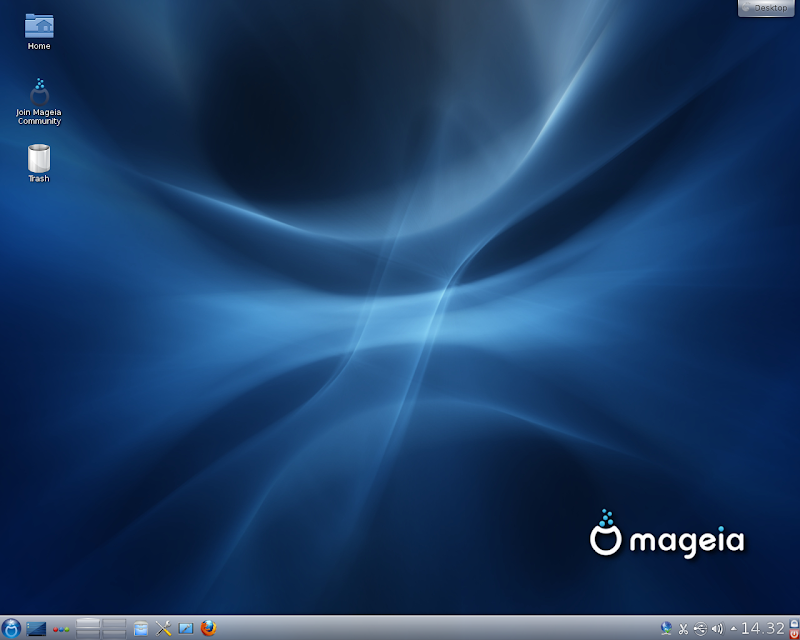 The distribution is available as a full install-DVD (over 3GB), a very minimal wired-network-only (not wireless) net install-CD (about 40MB), and a variety of Live CD images, each with specific groups of languages. I downloaded the "Europe 1" Live image, and installed it on my Fujitsu Lifebook S6510. Everything went very smoothly, there were no surprises, and it appears to work flawlessly. Those are good results for a Beta release.

A quick overview of some of the software included:

I happened to notice that neither digiKam nor GIMP were included on the Live CD, but a bit of investigation showed that they are in the repositories, official packages supported by Mageia, and are certainly on the full-installation DVD. Add/Remove software lists them as digiKam version 2.6 and GIMP version 2.7.4.

It should come as no surprise that my strongest impression of Mageia 2 was that it feels like an absolutely up to date version of Mandriva. I do not mean for that to be negative in any way at all, I honestly mean it as a compliment. While Mandriva themselves have been struggling with financial problems, and really thrashing about and giving the general impression of being in the throes of death, the people who forked Mageia from the Mandriva distribution have put in a massive amount of hard work to establish an independent distribution. Their first release, Mageia 1, was basically a statement of "we can do this", while Magiea 2 looks like it will be more along the lines of "look at what we can do!"

I can hardly wait for the final release to come out.