Just two weeks after the Release Candidate, the final release of Magiea 2 was made available today. Mageia is a spinoff from the Mandriva distribution, which was created by a group of Mandriva developers and contributors because of the uncertainty about the future of Mandriva, and the long (and ever-increasing) delay in new Mandriva releases. In that regard this is a timely release, since there is once again discussion about the current and future state of Mandriva itself. As I see it, the Mageia 1 release was this teams way of proving that they could in fact accomplish what they set out to do, that being to set up a new distribution based on the state of Mandriva at that time. While there was a huge amount of work involved in that, the majority of it involved building the base for the distribution, getting all the bits in place, making sure that it all worked and that a finished product would come out the other end. There was a lot of "updating" in that release, especially because Mandriva itself had fallen pretty badly behind by the time they forked it, but there wasn't a lot of new development or innovation in it. I see Mageia 2 as being the first time that they could really spread their wings, and they have done a very nice job of it. 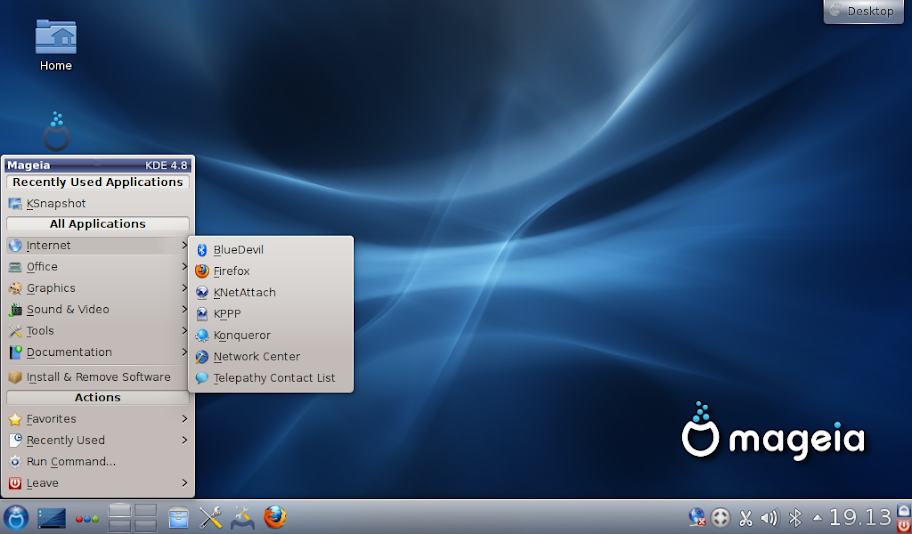 The Release Announcement gives an overview of the release - and of particular note, includes a "Why Would You Choose Mageia" section. The Mageia 2 Release Notes" give the highlights of this release, including a lot more details on the packages and repositories. Their Installation Media page describes the various formats available - in a nutshell, there is a "full" DVD, a Live CD and Wired Network installer CD.

I downloaded the KDE Live CD image, then just copied it to a USB stick with dd, and it was ready to go. So far I have only installed it on two of my netbooks, the Samsung N150 Plus (Atom CPU, Intel Graphics and Broadcom WiFi) and the Acer Aspire One 522 (AMD C-60 CPU, Radeon Graphics and Atheros WiFi). Both installed without problem and all of the hardware works. All of the Fn-keys seem to work on both netbooks (Volume Up/Down/Mute, Brightness Up/Down, WiFi Off/On, Sleep). Although I obviously haven't been testing it for very long, it looks like the erratic brightness problem on the N150 Plus is also solved - I'm sitting here watching it sit idle, and the brightness is going down in smooth steps, and it comes back up to normal as soon as I touch it.

Of course, I can't let this release go by without mentioning again what I consider to be the best Netbook desktop available today. If you install the KDE version, you can go into System Settings, Workspace Behavior, Workspace, and choose Workspace Type: Netbook, then Apply. The desktop will change to this: 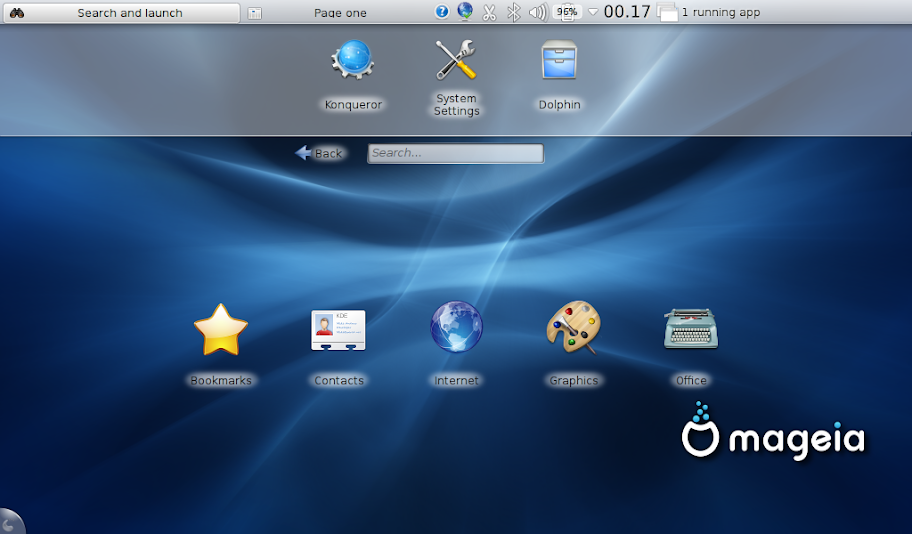