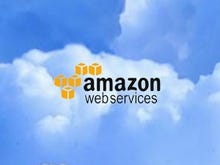 AWS re:Invent attendees will be among the first eligible to take the exam.

GitHub's business product launched three years ago as an on-premise version that ran on VMware and other virtualisation layers to address concerns about storing projects on third-party servers. "Since GitHub Enterprise launched in 2011, AWS's popularity has grown. Many companies want to host code in their AWS-powered cloud and with good reason," GitHub said on its blog.

GitHub Enterprise will now use Ubuntu 12.04 LTS, which also contains security fixes relevant to GitHub. It's also got better redundancy with improved with replication and failover, as well as boosting user authentication options via SAML 2.0 with support for OneLogin, PingIdentity, Okta, and Shibboleth.

"Single sign-on with these identity providers allows you to manage your organization's users from one place or manage app access for groups of users at a time, rather than individually," GitHub said.

GitHub Enterprise 2.0 has dropped support for VirtualBox, while the hypervisors it now supports are VMware ESX and AWS EC2.

For a full run down of security fixes and known issues affecting GitHub Enterprise 2.0, the release notes are here. For customers not comfortable running the product with those known issues, it recommends waiting for versions 2.1.0 or 2.0.1 before upgrading.