Full Bio
Posted in Between the Lines on October 27, 2015 | Topic: Internet of Things

MasterCard on Monday said it has partnered with a variety of hardware makers to transform everyday objects -- from key fobs to jewelry -- into Internet-connected payment devices.

Essentially, MasterCard plans to utilize the connectivity and security features commonly found in digital payments in an attempt to tightly weave commerce with the Internet of Things. 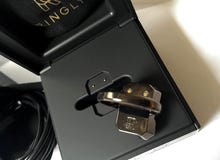 Ringly: Handy little messenger that passes as a ring

Luxury Bluetooth wearable Ringly demonstrates the challenges of making a practical wearable adapt to the varied needs of everyday users in an arena choked by proprietary name brands.

The idea is bold (a key fob for payments?) but seeing as it's rooted in the basics of IoT, the technology required to make it all come together is definitely doable.

"As more and more 'things' become connected, consumers will have endless possibilities when it comes to how they pay, and will need all of their devices to work seamlessly together," said Ed McLaughlin, head of emerging payments at MasterCard, in a statement.

The new service doesn't have an official name, but it's technically the next phase of the MasterCard Digital Enablement Service (MDES). Announced last year, MDES is the engine powering MasterCard's digital payments ecosystem, and it's built on the principles of tokenization.

The concept of tokenization has been around several years, but it rose to prominence when Apple first announced Apple Pay last fall and placed tokenization in a starring role. It's seen as a critical security feature for safeguarding against data theft at the point-of-sale (POS), as it replaces credit card account numbers with a randomly generated, one-time use numerical sequence.

MasterCard was on board as an early supporter of Apple Pay, and has since rolled out additional tokenization services as part of the MDES.

It's pretty self explanatory how each device will work: A consumer places the payment device next to a POS reader outfitted with near-field communication (NFC) technology, the devices talk and tokenize back and forth to verify the transaction, and then the consumer goes on their way.

A MasterCard app will be used to initially link a credit card with a device, as well as to remotely deactivate the payment mechanism in a device should it get lost or stolen.

On the technology side, MasterCard has also teamed up with NXP and Qualcomm to bolster payment security down to the chip level.

So far, only MasterCards issued through Capital One will be supported on this next wave of connected devices, but MasterCard plans to bring in more issuers as the program matures. The first products to support MasterCard's new payments technology won't arrive until sometime next year.