Just a few months ago, Kenya's infamously chaotic transport sector, populated by swarms of matatu minibus taxis know for their thumping music and anarchic driving, was all set for a high-tech shake-up led by none other than search giant Google. The company had introduced pre-paid transit cards called BebaPay, using near field technology intended to move matatus away from cash and toward contactless payments, which would be less risky, easier to tax, and less open to corruption.

"People thought Google was crazy to go into Kenya's transport sector," a Google spokesperson for East and Francophone Africa told the New York Times last July. "When we first got involved, nobody wanted to touch this." And as it turns out, the skeptics may have been right.

Despite government support and the offer of free technology, the cards were never widely adopted by matatu drivers themselves, who were meant to be able to read them using Android phones. The switchover deadline came and went, but card-friendly matatus were still few and far between.

In February Google finally announced that it was discontinuing BebaPay, though the company has been fairly tightlipped about its reasons for doing so. Speaking to Business Daily, the company said: "We are consolidating projects to focus on less within the payments space." 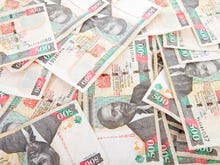 Africa, and Kenya in particular, is often heralded as the next frontier for the digital payments industry, a vast market ready and eager to leapfrog traditional banking structures and embrace the latest in mobile payments technology. Kenya's M-Pesa is a commonly-cited example of how transformative and lucrative such innovations can be.

But Google's failed venture could be a sobering reminder that even in Africa, the cash culture is more deeply entrenched than the more ambitious tech companies might like to think.

"There's a lot of hype," David Lubinski, who works for the Bill and Melinda Gates Foundation's Financial Services for the Poor program, said. This hype, he added, is "largely coming from the West, where you see such broad proclamations: 'everyone has a phone, everyone has phone coverage, look at M-Pesa. The wave is coming, you need to get on it'."

But one question that needs to be asked, he says, is this: "Are we understanding the true dynamics of the market at a level that actually leads to good, fundamental, scalable, sustainable businesses being established?"

The potential benefits of digital payments systems have been well-documented. Globally, digital transactions have been shown to dramatically reduce costs and boost efficiency overall. As a 2014 report from the Better Than Cash Alliance points out, "They also increase access to the banking system, the privacy and transparency that they afford, and security throughout the system".

In a sector like transport, says Lubinski, "you would think that digital payments, by taking cash out of that interaction, is a market opportunity. You have to ask the question, 'why, then, is it not taking off?'"

There could have been technical issues involved, he says, including the ubiquity of cards or card readers, or the speed of the transactions themselves. But a more fundamental problem, says Lubinski, is that the BebaPay system clashed with the complexities of the matatu economy. In a cash-based system, "the workers - the drivers, the money-takers - they all get paid that day. When it's digital, there now needs to be a new process put in place because those payments didn't land inside the matatu, they landed in a digital account."

Without cash on-hand, the matatu staff were left with nothing to take home at the end of the day. "What you see is resistance among the participants because their needs were not thought through," says Lubinski.

Google's experience is not an anomaly. "There have been few success stories to date" in Africa's digital payments sector, notes a 2014 study by McKinsey into digital payments. It adds that even in parts of Kenya where the digital payments infrastructure is relatively well-developed, over 90 percent of transactions are still made in cash.

Most merchants in Africa still refuse to accept digital payments, and even in systems like M-Pesa, money doesn't tend to stay digital for long. When money is withdrawn from these systems immediately, the longer-term benefits of digital payments are more difficult to realize, notes the Better Than Cash Alliance report.

One problem is that the savings incurred by digital payments aren't always obvious to the user."Cash isn't viewed as being expensive by the merchant, although we often associate high costs with cash - the likelihood of theft, the likelihood of petty stealing by employees, short-changing transactions," says Lubinski. Digital transfers, on the other hand, often involve very visible fees. 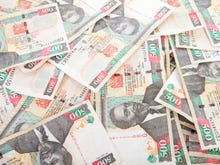 A decision made by Kenya's telecoms watchdog could have profound implications for the country's mobile money market.

Digital payments are also more easily taxable, and for the millions of small African merchants operating outside the formal economy, this could be a concern, he adds.

In order for a cost-sensitive population to see the benefits of such systems they must be as inexpensive to use as possible, and this requires economies of scale. "If you have very fragmented and un-scaled, or low-scaled deployments, then you don't realize the benefits of that high efficiency," says Lubinski, pointing to the sort of high-volume, low-transaction transfers involved in paying out government benefits or food subsidies. Implementing such systems requires a level of digital financial services infrastructure that has yet to be put in place.

If digital payments are ever going to truly take off in Africa, he adds, ministries of ICT, central banks and big market players like Safaricom need to invest considerable sums to make this infrastructure functional, well-regulated and available to all. This will make it easier for innovative services like BebaPay and other payment-based applications to actually reach ordinary Africans.

"I think there is pent-up demand for these applications, and pent-up capacity to deliver against it", says Lubinski."We need to unlock that."