Dell shares were worth around 22 percent more than what Michael Dell and Silver Lake Partners paid for them in their 2013 buyout, a Delaware court ruled Tuesday.

When Dell shareholders voted to let the company go private for $24.9B, it was one of the largest privatization deals in modern technology history. Even so, the fair value of Dell's stock was closer to $17.62 per share, rather than the $13.75 that Michael Dell and Silver Lake paid, Delaware Vice Chancellor Travis Laster said.

Only shareholders that sued are eligible for compensation from the ruling, but that could add tens of millions to the final cost of the deal, Reuters notes. According to the Wall Street Journal, the largest shareholder is hedge fund Magnetar Capital, which should collect around $15 million plus interest for its 3.8 million shares.

Tuesday's ruling would have been much more significant, but Judge Laster ruled earlier this month that T. Rowe Price, once Dell's third-largest shareholder, was ineligible for the share appraisal process because it accidentally voted in favor of the 2013 deal, even though it opposed it. 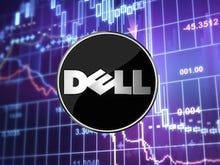 The world's number three computer maker by shipments is pulling out of the stock market in a $24 billion deal, led by the company's founder.