Full Bio
Posted in View from China on July 30, 2014 | Topic: Windows XP and the Future of the Desktop

A Microsoft employee confirmed to Sina news on Monday night that anonymous sources reported Microsoft to Chinese regulators for violation of the country's anti-monopoly laws.

The employee indicated that Microsoft had no idea who made the complaint nor which specific rule the company is accused of violating. 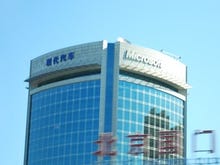 The Chinese state industry and commerce administration is also looking at senior executives over claims it had not fully disclosed information about Windows and Office.

But Sina news, citing an unnamed industry insider, said the US-based software giant's decision to withdraw support for the Windows XP operating system — which is widely used in China — was the reason for the probe.

According to an online survey initiated by Sina on Wednesday, 81 percent of respondents are in favor of an investigation into Microsoft in China, while 80 percent believe Microsoft is involved in monopoly activities in the country.

The earlier report on Monday only indicated  that investigators dropped into four of Microsoft offices in China. A Microsoft spokeswoman said the company would cooperate and was happy to answer the government’s questions.

As Microsoft is being investigated by SAIC this time, the company is likely to have been deemed to be "abusing its market position" in the country, said the Sina news report.

A legal professor noted in the report that the probe on Microsoft is expected to be fairly lengthy as investigators generally have to collect large amounts of evidence in cases of this kind.

Given that Microsoft’s PC operating system business is the company’s main strength in China, with over 90 percent of the country’s market share, market insiders believe the company’s withdrawal of support for its popular Windows XP was the cause of the probe.

In an interview in April with China Central Television Station, the country’s state-owned media, some experts had already pointed out that Microsoft’s decision was “an abuse of its dominant market position”, and was in violation of China’s anti-monopoly law.

Join Discussion for: Microsoft antitrust probe in China: The plot...