Full Bio
Posted in All About Microsoft on July 18, 2016 | Topic: Microsoft

Unlike he did around the start of the new fiscal year during the past two years of his CEOship, Satya Nadella didn't release a "state of the state" memo to the Microsoft troops this year.

I'm assuming that means that Nadella's plan is to continue driving the company to reinvent productivity so as "to empower every person and every organization on the planet to achieve more" -- without any previously unannounced, widescale layoffs, at least for the time being.

Nadella has made a key part of his mission to change Microsoft's internal culture. He's also stepped up the company's public focus on philanthropy and using technology for the public good. 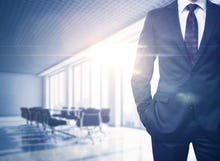 I can't say whether the two simply were speaking their minds or whether they were reflecting an evolving change in company positioning overall. But both Whittaker and Sarkar were playing up some interrelated ideas:

These are gross generalizations, of course. I also personally think these statements have tended to be true for many individuals when in their teens and twenties, regardless of their generations (including me, a tail-end Baby Boomer).

Regardless, this "millennials are our best hope" line does seem to be permeating the Microsoft management ranks and end up further influencing Microsoft's product and strategy decisions.

Last week at WPC, both Whittaker and Sarkar talked about wanting to find ways to appeal to a growing user base that is more value conscious vs. status conscious. Both mentioned to me a goal of getting more artists/writers/other creatives to consider Windows machines rather than defaulting to Apple use by emphasizing the value proposition of the Windows platform.

(I'd point out that Microsoft intentionally priced Surface Pro and Surface Book head-to-head with MacBooks, so I'm assuming this means cheaper Windows PCs and tablets, not necessarily Microsoft's own, are what the company would be pitching here.)

Whittaker, whose 2012 blog post about why he left Google for Microsoft created quite a stir when initially released, posted an update to his original post today, July 18.

And in today's post, Whittaker more fully articulates what I heard him say at WPC:

"Microsoft isn't without its history. It isn't without its blemishes. But as a technology company it isn't about selling to the 1%. It isn't about empowering advertisers above everyone else. As a business Microsoft makes money through its partners meaning we make money only when others make money. As a technology company Microsoft is essentially the union of its competitors making it a powerful force for forging the future. Its products and services subsume the offerings of Apple, Google, Facebook and Amazon (sans Walmart compete). As such, it is humanity's best chance at a level playing field."


Microsoft historians may recall this isn't the first time Microsoft execs have played up the idea of Microsoft being the more affordable, "low-cost/high-volume" provider. Nor is it the first time Softies have positioned themselves as the champions of the democratization of technology and data. But it's interesting to see these lines of reasoning coming to the fore again.

Join Discussion for: Microsoft: Champion of the masses?