With a new cloud-mobile business model in tow , Microsoft yesterday made Windows Phone and Windows free for devices smaller than nine inches. 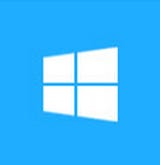 Microsoft to bring back Start menu, windowed apps to Windows

Microsoft officials are sharing an unusual glimpse into the company's Windows roadmap during the Build 2014 conference.

Along with personal assistant Cortana, new customisable notifications in Action Centre , and extra enterprise features to boot , Microsoft has finally laid to rest its ambition to charge OEMs a fee for Windows licences on mobile devices.

It's not really known what Microsoft used to charge OEMs for Windows Phone licences, but in 2012 a ZTE exec was quoted as saying it cost the company around $20 to $30 per phone — figures that were probably dependent on volumes sold.

Though Nokia's licensing terms with Microsoft for Windows Phone were never revealed, at the time it announced its still to be finalised acquisition of Nokia's devices business, Microsoft revealed it gross profit margin per device on royalty payments was less than $10 per unit .

At the time Microsoft said it was aiming to take 15 percent of the world's estimated 1.7 billion smartphone market in 2018, but how that was possible when Android was "free" — albeit hampered by Microsoft's wide-ranging Android licensing agreements — remained a big question.

Last month it emerged that Microsoft had changed tactics, offering Windows Phone licences for free to its new Indian OEM partners , Lava and Karbonn. As of yesterday, it's got a new partner in the country too: India's Micromax has now also  joined the Windows Phone fold.

Yesterday at Microsoft's Build conference, Windows boss Terry Myerson confirmed free would be the way forward for Microsoft, as the company refocuses away from its $19bn desktop Windows cash cow towards becoming a devices and services business — something it demonstrated with the acquisition Nokia's devices business and the launch of its Surface line of tablets .

"To accelerate the creation of great mobile devices running Windows and grow our number of users, we announced today that Windows will be available for $0 to hardware partners for Windows Phones and tablets smaller than 9 inches in size," said Myerson.

Of course, the $0 charge doesn't mean Microsoft hasn't got a revenue-generating business model — one of former Microsoft CEO Steve Ballmer's early gripes with Android — and comes as the company expands Office to the iPad through Office 365 .

"This offering also enables hardware partners to provide their customers a one-year subscription to Office 365," Myerson noted. "These steps will help our partners to deliver the rich experience of Windows plus best-in-class hardware, software and services to consumers at affordable prices."

"For partners, this makes it easier to bring more compelling devices to market. For developers, this means more endpoints for their apps in a store that’s already growing at about 50 percent a year. And for consumers, it will mean a broader range of great smartphones and tablets at prices that will be competitive with anything on the market," he added.