With the kick-off of its Windows 10 Creators Update rollout less than a week away, Microsoft is providing more details about the type of diagnostic data it is collecting with Windows 10.

On April 5, Microsoft published lists of the type of diagnostic data it collects when users opt for the "Basic" level and the "Full" level in choosing their privacy settings. Microsoft will provide a "detailed summary of the data we collect from users at both Basic and Full levels of diagnostics," company officials said in a blog post today.

Update: This TechNet article has information on what's specifically collected when "Basic" is selected. "The Basic level gathers a limited set of information that is critical for understanding the device and its configuration including: basic device information, quality-related information, app compatibility, and Windows Store," the article states.

Microsoft officials said earlier this year that the company would be providing more explicit privacy information and controls to users when they set up the Creators Update. 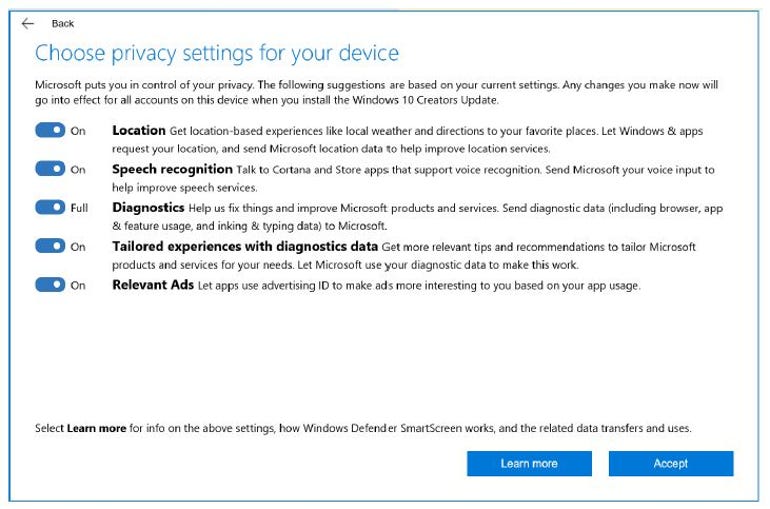 When choosing privacy settings for a device running Windows 10 Creators Update, existing Windows 10 users' settings are going to be carried over as the default. Users will then have the option to turn on/off location data, speech data, advertising relevancy data, and more. For those setting up a new Windows 10 device for the first time or running a clean install of Windows 10, the data collection settings will all be set to off and diagnostics to the Basic level by default. Again, users can change this if they so desire.

Microsoft's "recommended" settings, unsurprisingly, call for Windows 10 to collect location, speech, tips, and ad relevance to be turned on and diagnostics set to Full.

"We believe the recommended settings will provide you with the richest experience and enable important Windows 10 features to operate most effectively," officials said again in today's blog post.

As part of the Creators Update release, users will have the option to choose whether their diagnostic data is collected at a Full or Basic level. Microsoft describes this diagnostic data collection on the privacy-setting screen as helping the company "fix and improve Microsoft products and services." The type of diagnostic data that Microsoft is collecting includes browser, app and feature usage, and inking and typing data, according to that screen (embedded in this post above).

Microsoft has faced an ongoing stream of complaints by various protection watchdogs about its privacy settings since Windows 10 first launched.

Microsoft's initial January privacy-settings announcement coincided with a statement by the Swiss data protection and privacy regular, the FDPIC. The FDPIC said it would drop its threats of a lawsuit after Microsoft agreed to make a number of changes to its data-collection settings built into Windows 10.

In February, European Union regulators said they were still unsatisfied with Microsoft's announced privacy changes and were seeking further clarification from the company. Microsoft's April 5 blog post notes that the company is planning to "share more information about how we will ensure Windows 10 is compliant with the European Union's General Data Protection Regulation," but doesn't say more on that front. 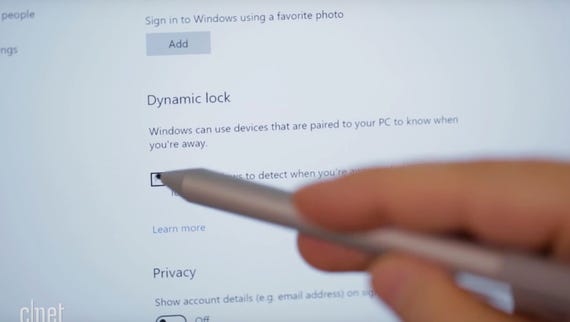 Join Discussion for: Microsoft opens up more on data it's collecting...