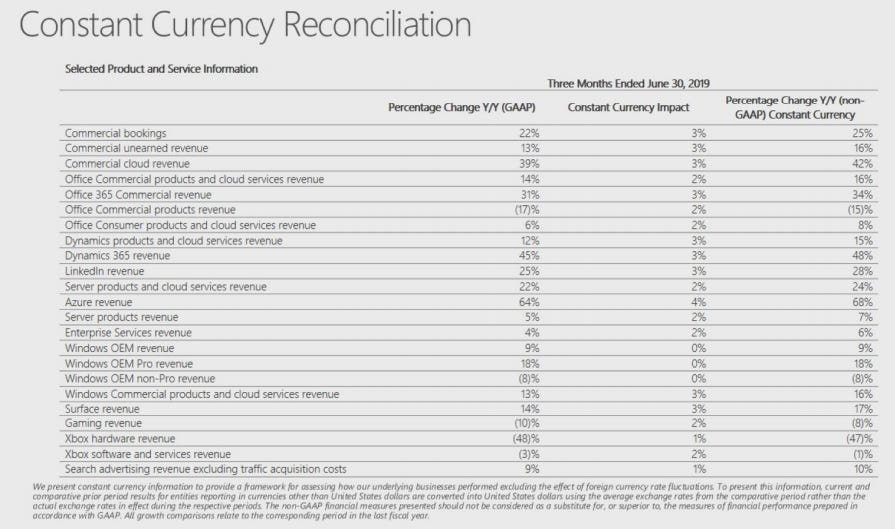 Microsoft's fiscal fourth quarter handily exceeded expectations as the company commercial cloud revenue was up 49% to $11 billion and Azure grew at a 64% clip.

In fact, there were few Microsoft products that didn't generate revenue growth.

Wall Street was looking for Microsoft to report fiscal fourth quarter revenue of $32.77 billion with adjusted earnings of $1.21 a share. 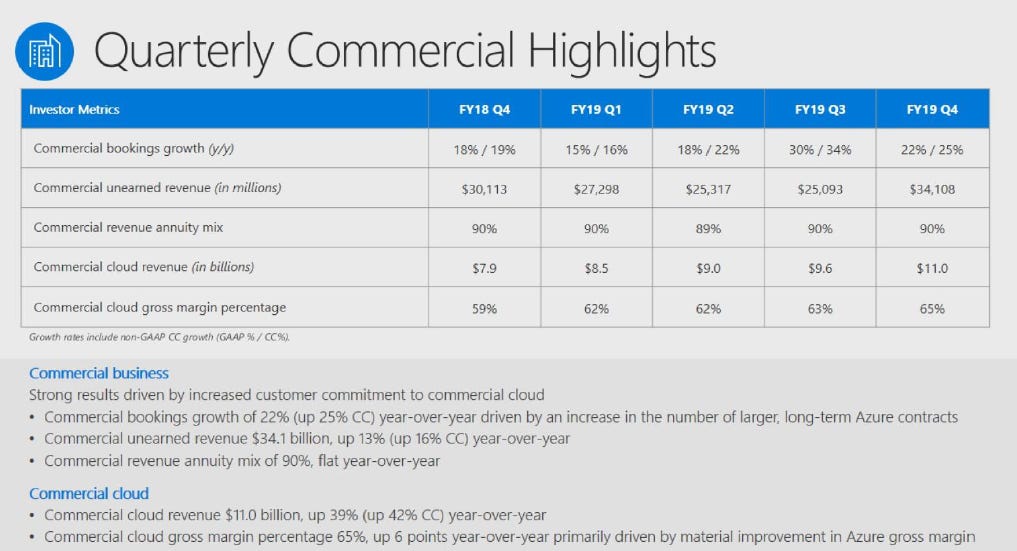 In the fourth quarter, revenue from the Intelligent Cloud unit showed growth of 19% to $11.4 billion. That sum topped revenue of $11 billion from the Productivity and Business Processes (Office, Dynamics, LinkedIn) group.

Microsoft's More Personal Computing unit had fourth quarter sales of $11.3 billion, up 4% from a year ago. Windows revenue was carried by commercial and OEM products. Surface revenue was up 14%. Windows 10: Has Microsoft cleaned up its update mess? (Spoiler: no)

See the latest on Microsoft from Mary Jo Foley and Ed Bott.