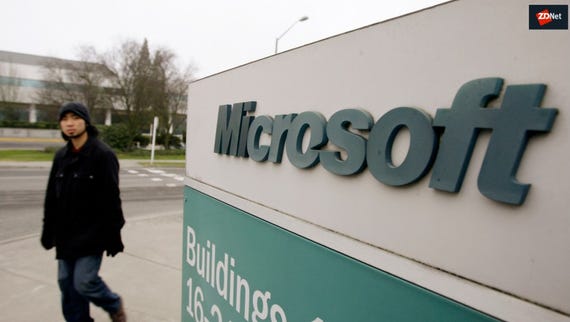 A town with cricket and no cars: Microsoft's future HQ
Watch Now

Microsoft has announced a major renovation of its Redmond campus that will take seven years to complete, completely overhauling the look and feel of the place to introduce a "more open and less formal" working environment.

A video of the transformed campus shows that the future Redmond headquarters will look and operate more like small city, featuring a two-acre open plaza that can host 12,000 people, retail space, new jogging and walking trails, two soccer fields, a cricket field, and its own light rail station. The campus will be divided into "team neighborhoods".

Many Americans have never played cricket, but Microsoft does have a lot of employees from India, including CEO Satya Nadella, who's a big fan of the game, and from other former British colonies.

Microsoft plans to move all cars to an underground parking facility and is designing the campus entirely around pedestrians and bikes.

It's also building a new bridge for pedestrians and cyclists to cross over the WA-520 and connect both sides of its campus. This will connect with a planned Redmond Technology Transit Station where the Link Light Rail is expected to arrive in 2023.

Once complete, the campus will have 131 buildings, compared with today's 125 buildings, and will offer workspace for the 47,000 employees who currently work there, plus room for an additional 8,000 people.

"We are not only creating a world-class work environment to help retain and attract the best and brightest global talent, but also building a campus that our neighbors can enjoy, and that we can build in a fiscally smart way with low environmental impact," said Smith.

Microsoft's renovation budget is modest compared with the $5bn Apple spent on its new spaceship headquarters in Cupertino, while Microsoft's Washington neighbor and cloud rival, Amazon, will spend $5bn on a second North American headquarters, which will offer space for 50,000 people.

Microsoft has been experimenting with workspace design of late, recently opening a Wi-Fi connected tree houses to allow Redmond staff to "commune with nature" while working on projects.

Microsoft's video shows how the campus will develop and what it will feature.

The tech giant is looking to cut its carbon emissions further to participate in the Paris climate agreement.

This policy describes the organization's processes for requesting, obtaining, using, and terminating access to organization networks, systems, and data for the purpose of enabling staff members to regularly work remotely on a formal basis.