Full Bio
Posted in Between the Lines on August 26, 2013 | Topic: Microsoft

Microsoft is in the market for a new CEO within the next year and while running a technology leader may be appealing the new captain may have a tougher time than outgoing chief Steve Ballmer.

On Friday, Microsoft surprised the tech industry by announcing that Ballmer was going to retire in a planned transition. Ballmer was a lightning rod, but the real shock was that he was stepping down---especially as Microsoft just set itself up to be a services and devices company.

We have a short list of potential Ballmer successors and you can nitpick over Microsoft's product choices all you want. But here's the reality: Microsoft's job isn't getting any easier. The tech giant is sprawling and it's unclear whether it can compete with Google, Apple and Amazon---three companies with more focused businesses.

The biggest challenge for Microsoft's new CEO can be found in one simple question: What's the glue holding the company together?

During the Bill Gates era and part of Ballmer's rein the answer was clear: Windows.

Today Windows isn't necessarily the glue of the company. The new glue may be the cloud.

Microsoft's latest mission statement to be a " devices and services company focused on empowering customers in the activities they value most" is a bit mushy by design. Microsoft is a tech conglomerate of multiple billion dollar companies. There's no way a new CEO---internal or external---will know every one of those businesses well. Consider: 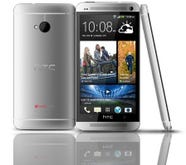 Top 10 hottest smartphones of summer 2013 We are right in the heat of the summer and there are plenty of hot smartphones to choose from. After figuring out the best carrier for you, take a look at these hot smartphones.

The new CEO will have to take on a transformation started by a guy leaving and better define Microsoft. Should Xbox be spun off? Do Microsoft's consumer and enterprise businesses really go together? Does Microsoft need to be more about corporate software where it is doing very well? What is Windows going forward? Is Microsoft a cloud company first and foremost?

An answer like "all of the above" probably isn't sufficient.

Ballmer's record as Microsoft CEO will be mixed. He missed the mobile curve. Vista was a disaster. Windows 8 was a ballsy move that hasn't paid off just yet. Microsoft has a strong cloud position, but Wall Street is starting to freak as capital expenses for data centers is projected to rise from 4 percent of revenue in fiscal 2013 to 9 percent of sales this year, according to Barclays.

Shareholders aren't going to give Microsoft the leeway to spend heavily to keep up with Google and Amazon on infrastructure.

Simply put, the new CEO for Microsoft will be in a tough spot. The company isn't a disaster where there will be a 2-year honeymoon just to stabilize the patient. The new CEO won't look like a savior because Microsoft doesn't need to be saved. The CEO following Ballmer will be more akin to Virginia Rometty taking over at IBM as CEO than Marissa Mayer at Yahoo or Meg Whitman leading HP out of the abyss.

However, Microsoft also isn't firing on all cylinders and is transforming its approach. Microsoft is a tweener company that should arguably be broken up. In many respects, the new CEO is like an NFL coach taking over a 10-6 team. You either win a championship or you fail.

Join Discussion for: Microsoft's new CEO will have tougher road...