How do you get peace of mind without filling your home or office -- or rental property -- with cameras and listening devices? Minut offers you a smart home sensor that's built around privacy.

So, what is Minut?

Minut is a noise, temperature, and motion sensor that has been built for privacy that's aimed primarily at the short-term rental market -- think Airbnb, that sort of thing. However, it's also suitable for monitoring a home or office.

There's no camera, and no recording function or anything that allows anyone to listen in. Minut also doesn't collect, store, or share personal data.

What it does do however is allow you to keep an ear out for loud noises -- you can't hear what the noises were, but Minut will let you know how loud the noises were and what the duration was, giving you a heads up in case your noisy guests are having a party and annoying the neighbors.

You can also train Minut to listen out for alarms such as smoke and CO, and notify you if they go off.

There's also motion and temperature sensor, so you can tell when people arrive and leave the property, and whether they've forgotten to turn off the AC or heating. 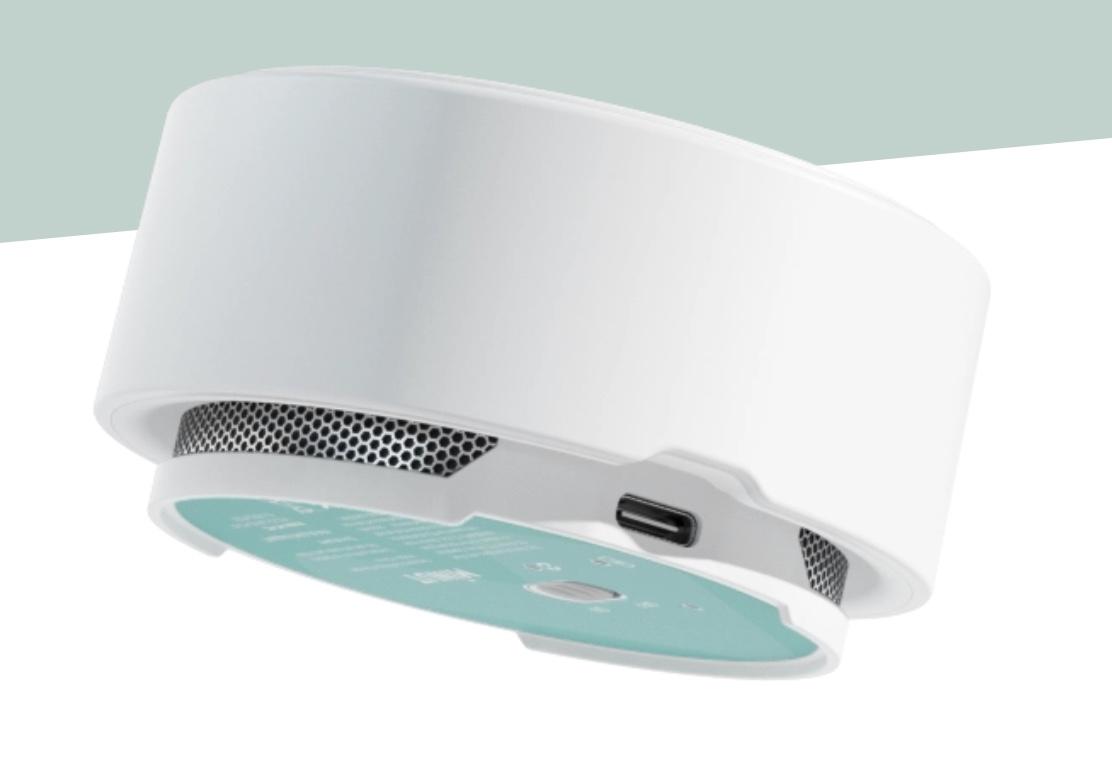 The setup process of Minut is easy-peasy.

Pull it out of the box, charge it up using the supplied USB-C cable (a single charge is good for about four months), go through the simple setup process using the Minut app (iOS and Android), and then mount it to the wall or ceiling with a single screw (and that's super simple -- a screw or adhesive pad attaches a metal disc, and Minut attaches to the disc magnetically).

The Minut is packed with features, from a tamper sensor and Amazon Alexa/Google Assistant support to a nightlight and temperature/mold tracker.

A basic Minut account offers the ability for a single user to monitor one home and have access to 90 days of data, while a pro account allows multiple users to access unlimited historical data for $7.99 per month per home.

The data from the Minut is available through the app or via a web dashboard. You can customize alerts so that you're not inundated with notifications, thus making Minut more useful.

Minut is quite interesting, and a very privacy-focused way to protect a home, office, or rental property. The hardware is robust and offers a nice range of features, and the app and web dashboard make these features usable. I'm leery of devices with cameras and microphones, so a privacy-focused device makes for a nice change.