The number of Brazilians using their mobile phones to access the web has tripled in the last three years, according to research from the Brazilian Internet Steering Committee (CGI.br).

Some 47 percent of all Brazilians aged 10 or older use their mobile phones to access the Internet, of which 84 percent do so daily. By comparison, only 15 percent of Brazilians used mobile-based Internet services back in 2011. 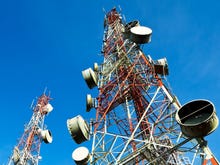 According to the study, the most popular tasks that require Internet access are exchange of messages through apps such as Messenger and WhatsApp, used by 83 percent of mobile users, as well as use of social networking tools (76 percent) and sharing content such as images and videos (67 percent of all mobile users).

The South East region of Brazil, where São Paulo and Rio de Janeiro are located, concentrates 60 percent of the mobile Internet users. Conversely, the North, where the Amazon is located, has only 35 percent of all users.

The research was carried out with 19,000 Brazilian households between October 2014 and March 2015.