The UK's 4G spectrum auction may now be over , paving the way for widespread, truly competitive 4G LTE services in the UK market, but your iPhone 5 still won't work on any of the spectrum that has been auctioned. 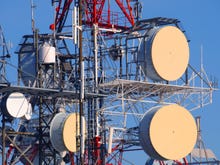 Since its launch last year, the iPhone 5's 4G functionality has only worked on EE's 1800MHz network in the UK . However, the spectrum winners from Wednesday's auction announcement won chunks of spectrum in the 800MHz and 2.6GHz bands, which provide a good mix of capacity and reach but leave rivals unable to offer a 4G service for iPhone 5 customers.

All operators, aside from O2, will be operating a 4G network using a combination of these bands. O2 will only be operating on 800MHz (which provides better coverage than 2.6GHz); it has a larger chunk of 800MHz spectrum than its rivals because it has commited to providing indoor coverage for 98 percent of the UK by 2017.

The only other network that will theoretically be able to use the current version of the iPhone 5 is Three. It has a small amount of spectrum in the 1800MHz band , which EE was forced to divest in 2012 in order for Ofcom to approve the refarming of its 2G spectrum for 4G services.

Other devices will, of course, work on the spectrum made available by the auction, but will need to be compatible with operating on the 800MHz and 2.6GHz bands for LTE. Some handsets, such as the Nokia Lumia 920, are already set up to work across all three bands used in the UK, including the 1800MHz network EE runs currently.

Apple had not responded to a request for comment on whether it will be offering UK networks an iPhone 5 device that works on the 800MHz and 2.6GHz frequencies at time of writing.

Join Discussion for: More 4G on the way to UK, but your iPhone...