Full Bio
Posted in Between the Lines on August 1, 2013 | Topic: Mobility

After months of secrecy along with strategic hints dropped here and there, Motorola Mobility has finally unveiled what could be its saving grace -- or its last ditch effort. 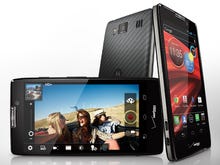 The Moto X is here. Are you impressed yet?

See also: Moto X: Is it the start of Google's hardware era?

Unveiled amid an invite-only event in New York City on Thursday afternoon, Motorola might be trying to separate the Moto X from the pack by touting each individual handset could be different.

That is, Motorola is betting big on the idea that today's consumers (especially Millenials) favor personalization when it comes to whatever they buy.

As promised weeks ago, customers have a rainbow of colors to choose from along with patterns and the option to engrave whatever they please.

At first glance, that doesn't seem like much. But Motorola is boasting that there are "more than 2,000 possible combinations" with hints of more design choices on the way.

So for consumers that really want to stand out from the crowd, the Moto X would be an ideal option.

Custom designs are promised to ship from Motorola's Texas facilities within four days of ordering.

But beyond that -- at least on paper -- the Moto X doesn't seem that much more different than other $199.99 contract smartphones coming out these days.

That's not necessarily a bad thing as the specs look decent and it's shipping from multiple carriers.

But the customization angle better play out for Motorola, or it could spell even worse things next time Google churns out an earnings report.

Here's a rundown on the specs so you can judge for yourself:

Motorola said five carriers will offer the device in the United States. But so far only AT&T, Sprint, T-Mobile, and Verizon have been confirmed.

Sprint is even offering a "lifetime guarantee" with this smartphone for new and existing customers. That entails unlimited talk time, text and data while on the Sprint network for the life of the line of service.

The Moto X will roll out first across the United States, Canada and Latin America starting in late August/early September.

In Canada, Moto X will be available in black or white exclusively to Rogers Wireless customers, starting at $189.99 with select two-year plans.

In another show of stepping up its customer service game, Motorola touted that buyers can redesign or return the Moto X within two weeks if they don't like it, with the note "no problem." California buyers have up to 30 days.

Join Discussion for: Motorola bets on customization features with...