Look for numerous enterprise and small business apps with a common theme to take the stage next week at the Oracle OpenWorld 2015 event: Many of them will run on Samsung smartphones, tablets and smartwatches 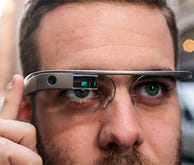 If that sounds similar to the Apple-IBM partnership for developing mobile iOS enteprise apps, it should. It seems that with IBM firmly backing Apple's platforms -- both for external customer software and cost-saving internal hardware -- Samsung had to look elsewhere for business partners to support the Samsung Enterprise Alliance Program.

Samsung shared the news on Friday as a preview to next week's Oracle event, with several of the upcoming apps using Oracle's Mobile Cloud Services.

What can you expect to see demonstrated? Here are two examples to get Samsung moving forward in the business space:

That's interesting since Samsung made a strategy choice to use its own Tizen platform instead of Android Wear for Samsung smartwatches.

Had it chose Android Wear, it would have been one of at least a half-dozen Android Wear partners that all use the same mobile platform.

The fact that Samsung is garnering enterprise app support for Tizen is a win for the company, which could benefit it later in the smartphone arena: Samsung recently launched its second Tizen phone this month.

Although its Tizen phones are currently aimed at the budget phone market, the company surely has plans to keep moving Tizen up the smartphone price stack.

Samsung says it will also show off a Cordova plug-in for Samsung developers next week, making it easier for programmers to access the company's S-Pen stylus and multi-window support for its Galaxy smartphone line.

Join Discussion for: Move over Apple and IBM: Samsung works with...