Open source is nothing to be afraid of, according to Mozilla's chief executive officer.
Written by Munir Kotadia, Correspondent and  Scott Mckenzie on May 4, 2007 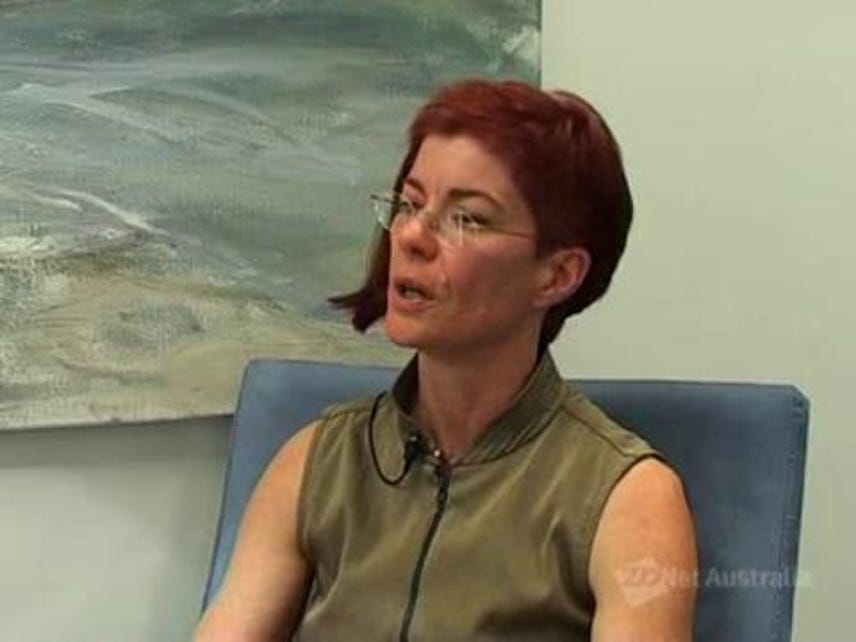 In a wide-ranging interview with ZDNet Australia, Mozilla's chief executive officer says open source is nothing to be afraid of (please use the Playlist below to select from four videos).

Mitchell Baker, speaking at CeBIT Australia 2007 in Sydney earlier this week, destroyed the perception that open-source vendors were just ad hoc organisations. Baker claimed Mozilla was not "Frankenstein", dispelling notions that code is haphazardly thrown together in open-source development.

She also took the chance to bang the security message home, claiming in 2006 Internet Explorer (IE) was vulnerable to attack for 285 days compared to just 9 days for Firefox.

Meanwhile in an interview with ZDNet Australia on Wednesday Baker took a swipe at Microsoft and the software giant's definition of collaboration.

"I don't think you should let a word or concept as important as collaboration be defined by Microsoft to mean calendar and e-mail integration.

"Collaboration, especially for millions of people on the Web is about many other things."

Baker believes that the creation of Firefox and the Mozilla Foundation is a living example of what collaboration can produce.

While she wasn't dismissive of e-mail and calendar integration, Baker said the level of collaboration that Mozilla and other open-source projects demonstrate dwarf the interaction between those two pieces of software.

The Mozilla CEO also acknowledged that competition was heating up in the browser space. According to Baker, Microsoft is taking notice of Firefox and "is back investing in the browser".

"It is very clear that IE will have a least one nice feature that we don't. That I think we should take as a given," she said.

"Most people like Firefox and they trust Firefox, and that is because of the way we build it. We don't have anything to hide behind. We can't hide behind our mistakes because they are all out there in the public," she added.