Need a cheap camera cover for your Mac that won't break your display or the bank?

Every office has one, if not hundreds, ready for the taking.
Written by Adrian Kingsley-Hughes, Contributor on July 14, 2020 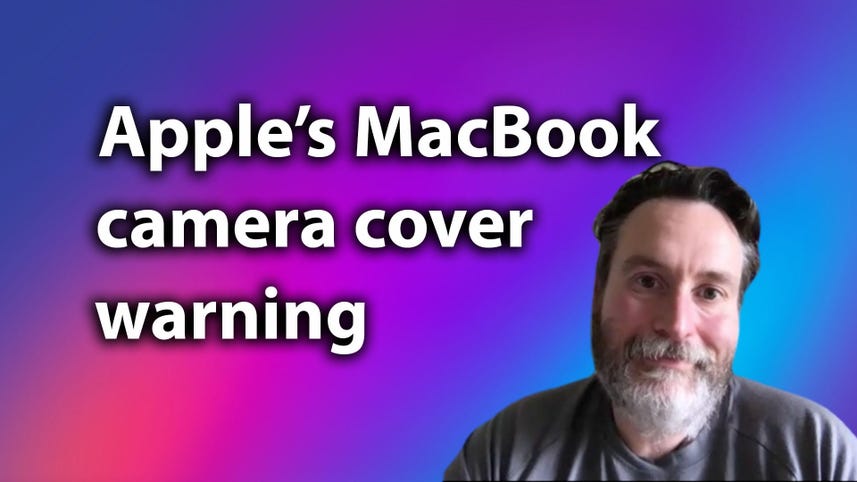 So, Apple recommends that you don't close the lid your MacBook if it has a camera cover fitted because it can break your display, and instead of using a camera cover, Apple says you should use the green glowing light as a privacy indicator.

There are valid reasons for this, from preventing screen damage to making sure that it doesn't interfere with features like automatic brightness and True Tone.

But some people want a camera cover, for a number of very valid reasons.

The problem with trying to recommend a camera cover is compatibility. Newer MacBooks are built to much tighter tolerances than older models and fitting an incompatible camera cover could cause your display to make an expensive, and sadly permanent, "pop."

Buried in Apple's support post is the following recommendation:

"If you install a camera cover that is thicker than 0.1mm, remove the camera cover before closing your computer."

Must read: The real reason Apple is warning users about MacBook camera covers

What's no thicker than 0.1mm (0.004inch), comes with low-tack, no-residue adhesive pre-applied, and costs virtually nothing?

They're thin (about 0.074mm), the adhesive doesn't leave a residue, they're cheap, and they're found in abundance in offices and home offices.

I've tested them on the new 16-inch MacBook Pro with its super-tight tolerances, and it doesn't damage the screen. Just make sure that the Post-It Note doesn't overlap the bezel, only the camera, when you apply it.

I recommend using genuine 3M Post-It Notes, and not the myriad of knock-offs that are available, because that way you're guaranteed of the tolerances and quality of the adhesive. I also recommend using the yellow Post-It Notes because different colors are a little thicker (although I've not found a color that exceeds the 0.1mm limit).