The Federal Communications Commission (FCC) voted today to accept FCC chairman Tom Wheeler's proposal that the Commission "use its Title II authority to implement and enforce open Internet protections." Or, to put it in plain English, your ISP must provide equal broadband access to you or any site -- Amazon, Netflix, etc. -- without slowing down or speeding up sites for additional fees.

As expected, the vote to treat ISPs as common carriers passed by a party line vote of three Democrats over the two Republicans. Under this regulation, broadband Internet services will be governed by Title II of the Communications Act of 1934, as amended by the Telecommunications Act of 1996. Mobile broadband vendors, such as 4G providers AT&T, Sprint and Verizon Wireless will also be regulated as common carriers based on Title III of the Communications Act. It should also be noted that since Wheeler made his proposal, the FCC has redefined broadband as delivering at least 25-Megabits per second (Mbps).

The Republicans claimed that the FCC was over-reaching its authority by putting in a secret Obama plan for net neutrality. Wheeler dismissed this as nonsense in his final speech. He summed up, "This is the FCC using all the tools in our toolbox to protect innovators and consumers; to ban paid prioritization, the so called fast lane. [This] will not divide the Internet into haves and have-nots."

Specifically, the FCC will use this new authority to define a new "Open Internet." This consists of three fundamental building blocks. 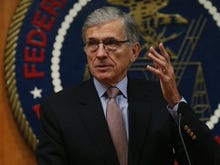 No Throttling: Broadband providers may not impair or degrade lawful Internet traffic on the basis of content, applications, services, or non-harmful devices.

No Paid Prioritization: Broadband providers may not favor some lawful Internet traffic over other lawful traffic in exchange for consideration -- in other words, no "fast lanes." This rule also bans ISPs from prioritizing content and services of their affiliates.

This last provision serves notice to Comcast, Verzion, and other last-mile ISPs that they can no longer charge Netflix, or other content providers, for Internet access. It's a safe bet that these contracts are now on their way to the courts. In addition, even as Internet technologies evolve, ISPs are forbidden to harm consumers or edge providers.

The FCC is also claiming for the first time to have authority to hear complaints and take appropriate enforcement action if it determines the interconnection activities of ISPs are not just and reasonable. This will enable the FCC to address conflicts over traffic between mass-market broadband providers and edge providers.

In the commercial Internet's first days in 1992, the ISPs of the day formed the Commercial Internet Exchange (CIX). One of its guiding principles was net neutrality -- that no sites would be blocked and no traffic would be metered or slowed.

This has ceased to be the case. In 2014, Verizon won a case against the FCC. In it, they showed that the FCC did not have the right to regulate Internet traffic. This was a kick in the teeth for net neutrality at the time. The Tier 1 backbone ISP Level 3 has shown that last-mile ISPs with a monopoly in some areas have deliberately slowing down Internet traffic.

So, what will this mean for you? Wheeler declared that this new stance "will ensure the Internet remains open, now and in the future, for all Americans." We'll see. As Mark Cuban, serial entrepreneur, said on CNBC, "Let the lawsuits begin."

Join Discussion for: ​Net neutrality becomes the law of the land