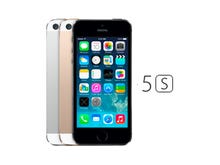 When Apple launched the iPhone 5c and 5s on Wednesday, it disclosed just 11 countries where the devices will be sold, three of which are in Europe: the UK, France and Germany .

However, a handful of operators in other countries across the continent have already revealed they'll be getting both devices. While none of the carriers are currently giving a date for when the 5c and 5s will be available on their networks, or how much they might cost when they arrive, all are asking customers to register their emails to be kept up to date on the handsets, and describing the devices as "coming soon".

All three of Switzerland's main mobile operators — Orange, Sunrise and Swisscom — have taken to advertising the arrival of both handsets on their networks.

Belgium too is likely to be in the next wave of countries to get the latest iPhone iterations, with third-placed operator Mobistar promising the devices are on the way and asking consumers to register their email addresses to be informed when the handsets arrive.

In neighbouring the Netherlands, Dutch incumbent KPN, as well as its two nearest rivals, T-Mobile and Vodafone, are all advertising future availability.

Scandinavia appears to be an iPhone 5s and 5c hotspot, with the majority of Danish operators — second largest mobile network Telenor, third-largest Telia and fourth placed Three — all touting the iPhones' arrival. In Sweden, the top four operators — Telia, Tele2, Telenor and Three — are all claiming to stock the handsets before too long, while in Norway, the main three carriers — Telenor, Netcom and Tele2 are also seeking expressions of interest.

That these six countries should be next on the list for availability is not surprising, if Apple's 5c and 5s rollout follows the same pattern as the iPhone 5 launch last year : when the device debuted in September 2012, in Europe only France, Germany and the UK got the handset at launch, while the majority of European countries got the handset a week later.

The iPhone 5s and 5c will go on sale from 20 September in the US, Australia, Canada, China, France, Germany, Hong Kong, Japan, Puerto Rico, Singapore and the UK. ZDNet has asked Apple for comment on when the rest of Europe will get the iPhone 5c and 5s and will update the story if we receive any.

Join Discussion for: Next six countries to get the iPhone 5c and...