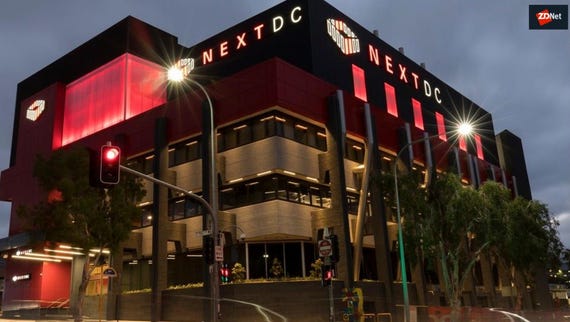 Australia data centre provider NextDC boosted its fundamentals with increased revenue and earnings across the fiscal year to June 30.

On the profitability side, earnings before interest, tax, depreciation, and amortisation (EBITDA) was AU$79 million compared to AU$64 million year on year, however when a 47% increase in depreciation and a 113% in finance costs are taken into account, the net loss for the year resolved to AU$9.8 million against AU$6.6 million profit a year prior.

During the year, NextDC was engaged in a protracted battle with 360 Capital to take back ownership of Asia Pacific Data Centres (APDC), which it eventually gained in a AU$200 million transaction.

The company also picked up the land upon which its B1 facility in Brisbane, and P2 facility in Perth sit on for an acquisition total of AU$285 million for the year. Altogether the rental saving is expected to be AU$15 million per annum.

"Both the B2 and M2 data centres opened new data halls and the development of our first tower on the P2 site in Perth accelerated at pace, all whilst opening our first edge compute micro data centre to deliver the connectivity requirements of the Indigo submarine cable system that links Australia's east coast to Perth and Singapore."

NextDC established offices in Singapore and Tokyo, but said it was waiting on a Singaporean government review of the data centre industry before proceeding in the island nation.

Across Australia, the company has 58.4MW of capacity built, and has plans to bring that total to 146MW. Its utilisation rate is sitting at 90% of that built, and 36% for the planned capacity.

For the coming year, NextDC is forecasting revenue to increase to AU$200 million to AU$206 million, underlying EBITDA to grow by between 17% to 23%, and capital spending to be between AU$280 million to AU$300 million.

NextDC ends first half with a AU$3m loss

The Indigo submarine cable will land in NextDC's P1, P2, S1, and S2 datacentres across Perth and Sydney.

Indigo subsea cable made ready for use

The new offerings, including cloud-native support and API management services, are designed to support modern and consistent application deployment and management.