NHS England has had to delay a plan that would allow the sharing of patient data between different bodies from patient groups to drug companies. The plan will now not go ahead for at least six months, NHS England said in a statement.

The Care.data project would see patient records aggregated and used for research — unless patients explicitly opt out. It could be enormously beneficial in speeding up access to crucial records; access which could make all the difference in helping shed light on various conditions and their treatments, and is backed by dozens of medical charities. 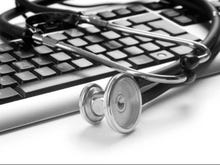 Health secretary Jeremy Hunt has proposed the NHS should ditch paper copies of patient records by 2018.

It was due to begin extracting data from the records patients’ GP for the national patient database from March using a service commissioned from Atos. NHS England said the project will now be delayed until the autumn to give patients more time to understand the changes.

The information in question is the patient records of every NHS user in the UK including the patient's NHS number, date of birth, postcode, ethnicity and gender. Once the system is running organisations such as health authorities and research departments would be able to access information by applying to the new Health and Social Care Information Centre and paying a fee.

While the information will be held in a "pseudonymised" form there has been concern about potential leaks of data and patients being identified.

In the wake of the Snowden revelations about government spying and occasional patient record leaks, it's no surprise that the public, clinicians and privacy campaigners have concerns over how the data might be used in future and the risks involved with the creation of a large central database of identifiable patient data, TechMarketView analyst Tola Sergeant said in a research note.

"It is only right that patients are properly informed before data extraction commences but there’s a risk that the debate is no further forward six months down the line, which could be a blow to the government's general ambitions for greater data transparency and exploitation," she noted.

In a statement, the British Medical Association, whose objections led to the delay, said it had become increasingly plain that people did not know enough about care data and even with a delay the database should only be implemented with proper public backing.