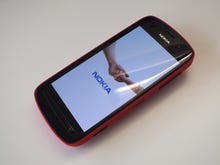 According to a report from Bloomberg, Nokia Growth Partners (NGP) is planning to put funds into camera array company Pelican Imaging.

Pelican Imaging created its first array camera for smartphones in 2011. Rather than using a single camera and lens, array cameras are made up of a series of lenses, and build up a picture from the images taken by each. As well as being thinner than a traditional smartphone camera, arrays open up the possibility of post-capture focusing — similar to what Lytro does with traditional cameras.

Array cameras "are on the cusp of being commercialised and Pelican does software for that," Bo Ilsoe, a partner at Nokia Growth Partners, told Bloomberg on Monday. "It's very complicated to do this algorithmically and Pelican is one of the companies that has mastered this technology," he added.

There's no word on when or how much NGP's investment round might be. We've asked both Pelican Imaging and NGP for comment and we'll update the story if we hear back.

The investment would be the latest in a line of imaging moves from Nokia: it snapped up imaging tech company Scalado last year, while NGP invested in image sensor company InVisage in February.

Nokia has been focusing on imaging capabilities as a point of differentiation of late, creating a 41 megapixel sensor handset, the PureView 808 last year. While the device itself made little impact, it served to introduce the PureView brand name and some of the imaging features developed for the 808 later made it into the Lumia 920 and 820 . The 808 is thought to have laid the groundwork for inclusion of better sensors in future Lumia handsets, potentially the rumoured 'EOS' device thought to be launching in May .

Nokia has been talking up the imaging features of its existing Lumias, but was left red-faced when an advert purporting to show the optical image stabilisation on the Nokia 920 turned out not to have been filmed with the handset.

In January, Nokia poured another $250m into NGP , adding to the $600m the firm already had under management.

NGP's recent investments include $8m in Swedish video-streaming service Voddler and a $23m funding round for messaging security newcomer Cloudmark, which NGP invested in during 2010. Swype, a predictive dictionary software company NGP had invested in over several rounds, was acquired by Nuance for $100m last year.