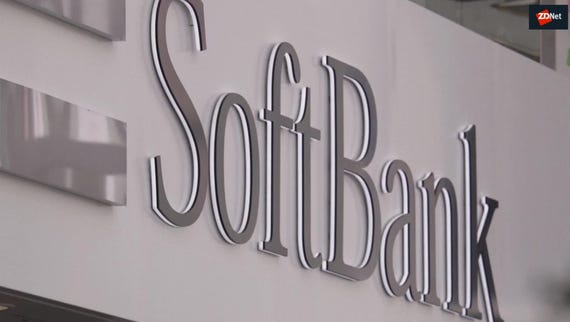 What can explain the almost stratospheric tanking of startups in India this year?

​Big dreams, big failures: Why most startups flop and what we can learn from them It might be harder to have a profitable startup in Eastern Europe than in Silicon Valley, but the lessons from failures are invaluable to tech entrepreneurs everywhere.

According to recent reports, there have been a mere 800 of them launched this year compared to 6,000 last year. Correspondingly, the number of deals has fallen from 1,000 last year to 700 in 2017. This is staggeringly awful for a country that was supposed to be home to a gigantic entrepreneurial boom largely fueled by e-commerce thanks to its humongous population.

Traxn, a research outfit that tracks this sort of stuff, reveals that while in general this year seems to have outstripped the last one in sheer dollar terms ($8 billion for the first nine months of this year versus $4.6 billion for 2016), that is largely a misleading statistic.

This is because of big skews provided by a $3 billion funding injection into e-commerce biggie Flipkart and a similar $1.4 billion equity round into payments solution firm Paytm by global deep-pocketed VCs, such as Softbank, which are hoping to double down on apparent winners. Taking these out, the landscape looks decidedly bleak for a country that should have been galloping along at the sort of 100-percent clip that its bête noir, China, has been for the past decade. Ah, but therein lies the rub.

India is rapidly entering a 'Emperor has no clothes' era, the bedrock for which has been very ably laid by Prime Minister Narendra Modi and his BJP-led government. Modi was supposed to usher in a new era of glittering economic growth and well-being, but instead, what India has experienced is negative growth, if you can believe it, at a time when it should be exploding. Equally unbelievable is the fact that the government has presided over practically no job growth -- the lowest figure in almost a decade -- which is nothing short of a catastrophe.

These depressing economic facts -- which incidentally, even the flamboyantly corrupt Congress government before it has not matched -- mirror the startup realm in one way: Fundamental truths are not in sync with our basic expectations or hype. A large chunk of Indian startups fall into the e-commerce landscape, but the fact is, we have been content to largely play the game of imitator rather than innovator. According to RedSeer Management Consulting, the e-commerce market grew by a paltry 15 percent to $14 billion to 15 billion when it should have been exploding. The fact is, most e-commerce outfits have been unable to go beyond flogging smartphones or fashion on their websites. And this middle class urban Indian segment of 20 million people has been tapped out a long time ago.

Instead, the opportunity now lies in semi-urban towns and villages that have hundreds of millions of people who require being catered to using completely new business models. For instance, they crave decent furniture at affordable prices. Yet, with me-too startups staffed by me-too entrepreneurs chasing the Indian rideshare bonanza or restaurant listing glory, there have been practically no new and exciting companies with vision and moxie to tempt the palate of VCs who themselves have proved to be alarmingly lacking in originality. Go ahead and tally the astronomical amount of money wasted by them on me-too, in-vogue investments made in 2014 and 2015 just to be part of the herd, and which don't exist anymore, and you will get an accurate picture of this.

Of course, there comes a time when even the most unimaginative of VCs obviously brakes to a halt after witnessing the carnage amidst his ilk. So, no surprise that -- get this -- not a single e-commerce start-up has yet to receive funding this year. E-commerce has been the errant, profligate offspring that has so far banked on burning cash by offering deep-discounts for market share, launching massive advertising campaigns for eyeballs, and in general going down the toilet. All the troubles that afflicted Snapdeal in the past few years, which caused it to go from an Amazon rival to a firm desperately trying to stay alive and relevant, and Flipkarts own upheavals, which caused huge devaluations in its market cap, no doubt levied body blows to an already reeling industry.

For startups to germinate and flower in abundance we need fresh thinking from a whole new breed of entrepreneurs who are excited about targeting the next massive chunk of people who need to be catered to even if they aren't big city spenders.

It also wouldn't hurt for the current government to actually provide the one million graduates entering the work force monthly with something they could use to buy things -- namely jobs -- and thereby bolster the sector much like Henry Ford's assembly line workers did by becoming consumers of the Model Ts they were building.

The sad fact is that India's anemic per capita income growth means that there is no possibility of the kind of economic boom that China experienced unless basic incomes are boosted dramatically, but, so far, this has been a non-event under Modi and his cabal.

Join Discussion for: ​Number of Indian startups plummet as e-commerce...