Full Bio
Posted in Between the Lines on October 17, 2014 | Topic: Security

Responding to the rising number of data breaches at US retailers, President Obama on Friday signed an executive order that will implement enhanced payment security measures throughout the federal government.

The BuySecure initiative will secure payments to and from the federal government by applying chip-and-PIN technology to newly issued and existing government credit cards. It will also facilitate the transition to chip-and-PIN point-of-sale terminals within Federal agency facilities that transact with the public. 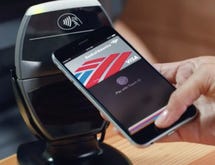 While the US payment system has an October 2015 deadline to migrate to the new Europay, Mastercard and Visa (EMV) standards, the President hopes the aggressive actions of the government will lead the private sector to take similar steps ahead of the deadline.

During remarks at the Consumer Financial Protection Bureau (CFPB), President Obama lamented that identity theft is America's fasted growing crime, with over 100 million Americans falling victim to data breaches over the last year. He said there is now an urgent need to act and to steer the economy toward technologies that safeguard sensitive data.

The President will also continue to push Congress to enact cybersecurity legislation that clarifies companies' obligations when data breaches occur.

"We applaud the administration for taking proactive and positive steps by adopting PIN and chip technology for government-issued debit and credit cards, among other things," said NRF CEO Matthew Shay, in a statement. "From insisting on PIN and chip cards to facilitating greater information sharing among retailers and others sectors, we are committed to finding the right answers with the latest technologies to stop these cyber thieves."

Several retailers are already heeding the security call, with The Home Depot, Target, Walgreens and Walmart all planning to roll out secure chip-and-PIN POS terminals in all of their stores by early 2015, the White House said.