If you want a OnePlus One but still can't get your hands on an invite to buy one, help may be at hand.

Just in time for Black Friday, anyone can order the $300 16GB or $350 64GB OnePlus even if they don't have an invite, with the company behind the Android device opening up sales for 72 hours — signalling OnePlus now has more confidence in its inventory. 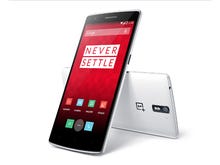 So far, in order to buy a OnePlus phone, would-be purchasers needed to ask someone who's already bought one for an invite or enter one of the company's promotional events.

Exactly why there's some pent-up demand for the phone was illustrated in a recent survey of the fastest smartphones in the wild by researchers in Finland, which found it clocking download speeds of 137.4Mbps — topping the iPhone 6 and second only to Samsung's Galaxy Note 3.

Given the low margins on the OnePlus One already, understandably there aren't any Black Friday discounts on the handsets. However, OnePlus has cut prices on accessories by 20 percent.

The three-day open door sale follows the launch of the company's pre-order system, which went live in October and allowed punters without an invite to order the phone during a one-hour window.

No CyanogenMod for India

OnePlus today delivered bittersweet news to its Indian fans, announcing that the device will launch in India on December 2 with CyanogenMod installed just as it is elsewhere. However, over the longer term, Indian devices will be excluded from future CyanogenMod updates.

"It was surprising and disappointing to hear from Cyanogen on November 26 that they had granted exclusive rights in India over the Cyanogen system to another company," OnePlus said on its blog today.

"Prior to this, OnePlus and Cyanogen have successfully cooperated to release the OnePlus One or carry out commercial operations in 17 countries and regions (including India). It is truly unfortunate that a commitment we both made to our Indian users will now not be upheld."

That other company appears to be Micromax, the largest India-based smartphone maker, which is second to Samsung by marketshare in the country. As The Verge reported last week, CyanogenMod will come pre-installed on a new line of devices from Micromax under the Yu brand.

"We can't explain Cyanogen's decision because we don't fully understand it ourselves. But we can explain exactly how we’ll continue offering our fans in India an amazing user experience and support for this device," OnePlus said.

The decision will see OnePlus accelerate the development of its own Android ROM, which will be based on Android Lollipop, but it probably won't be ready until February.

"We have shifted engineering efforts to the OnePlus One upon hearing this news. According to our current estimations, we'll be able to release our first community build to our Indian users next month and have a production-ready build in February," OnePlus said.

Join Discussion for: OnePlus opens sales to all for 72 hours,...