Oracle is aiming to bolster its government business by opening a third datacentre in the UK, specifically to service the British administration's G-Cloud initiative. 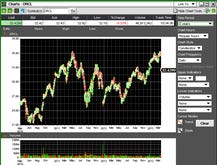 Oracle's Q3 miss: Canary in enterprise software licensing coal mine? "We believe something more secular is occurring as cloud computing increasingly entices CIOs to refresh their legacy IT systems with cloud services rather than infrastructure," says one analyst.

The new datacentre, opening in July, is located west of London in the Thames Valley and will offer cloud services, including infrastructure as a service, to government bodies as well as to independent software vendors working on state contracts.

Oracle president Mark Hurd said the new Equinix Slough datacentre, which supplemented the existing facilities at Linlithgow near Edinburgh and in London, was part of the company's strategy of local cloud deployments.

"So we have to be local in our deployment in many cases of our capabilities."

Oracle has three datacentres in Europe: two in the UK and one in the Netherlands.

The Oracle moves follows a similar announcement earlier this month by Salesforce.com to open a new Thames Valley datacentre , its first in the UK, designed to meet growing European demand and satisfy the data-residency rules of the potentially lucrative government sector.

While Linlithgow is a general-purpose datacentre, the new facility is designed expressly to meet government G-Cloud needs, according to Dermot O'Kelly, senior vice president Oracle UK, Ireland and Israel technology.

"The new datacentre is specifically for government. It will meet the specific requirements of G-Cloud, including the IL3 security protocols as well," O'Kelly said.

"So this will be effectively like a ring-fenced datacentre, specifically to serve UK government, which is one of Oracle's biggest clients in the UK."

"We do certainly have significant capabilities in the US but we have opened datacentres in many countries now — in Latin America, in Asia, in Europe — and you should expect that to continue as our business continues to scale up."