'Packaged apps' for Google's Chrome browser — apps that behave more like native apps and run offline — will be the new standard app in the Chrome Web Store. 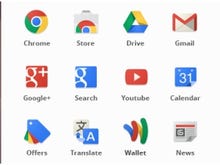 Google has made changes to the developer edition of Chrome running on Windows, shuffling around categories on its Chrome Web Store.  Now, the "Apps" category only means the new class of packaged apps that are installed in Chrome. Packaged apps are written in HTML5, JavaScript and CSS and designed to behave much more like native apps, most notably by having the ability to run without an internet connection.

Besides offline functionality, the apps can also interact with network and hardware devices like USB drives and Bluetooth speakers and, since they are loaded in an app container, are presented to the user without Chrome browser features such as the address bar.

The new category means users can now search for packaged apps, which previously could be uploaded to the Chrome Web Store but were only discoverable if a user had a direct link to the app.

The change is currently only for Windows and Chrome OS devices running the developer version of its browser, Chrome 28, which incidentally runs on Google's replacement to the WebKit browser engine, Blink .

Chrome users will able to pin packaged apps to Google's app launcher, a feature from Chromebooks that was made available this February for Windows machines running Chrome 28.

Google has not said when support for packaged apps is coming to Chrome for Macs and Linux, however it noted the app launcher would come to Macs and Linux soon.

Google notes that many of the packaged apps in store right now are still works in progress, but points out that it’s a good time get user feedback.

Packaged apps were announced to developers at the Google I/O conference last year, and Google plans to provide a roadmap for the apps at this year's event in a fortnight.