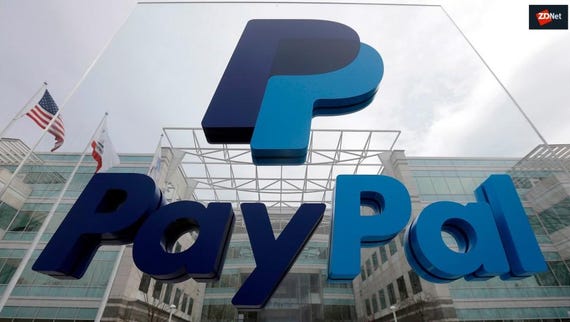 For the year, PayPal said it expects revenue in the range of $17.60 billion to $17.80 billion, down from its previous range of $17.85 billion to $18.10 billion. Wall Street is expecting $17.98 in revenue. PayPal said the change is due to delays in product integrations and pricing changes as well as currency pressures.

Elsewhere on the balance sheet, the company grew its active account base by 9 million during Q2, bringing its user total to 286 million, up 17%. Meanwhile, PayPal says it processed $172 billion in total payment volume during the quarter. Breaking the numbers down further, PayPal says it processed 3 billion payment transactions, or roughly 39 payment transactions for each active account.

PayPal's social payments platform Venmo processed more than $24 billion of TPV, up 70% over the same period last year. The company said P2P payments volume increased by 40% to $46 billion and represented approximately 27% of TPV.

"PayPal delivered another solid quarter, and consequently we are raising EPS guidance for the year," said PayPal CEO Dan Schulman. "Net new active accounts increased by a record 41 million over the last 12 months, and engagement per active account once again increased by 9% to 39 times a year. Venmo's momentum continues, with a 70% growth in total payment volume to $24 billion. Earlier this month, Xoom expanded to 32 new send markets throughout Europe."