And Apple's iPad still rules the tablet market, but Samsung is catching up.
Written by Liam Tung, Contributor on Nov. 13, 2020 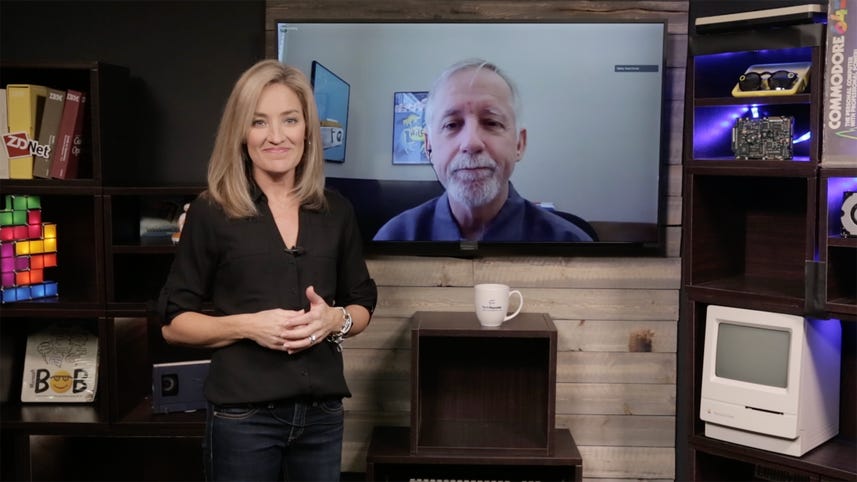 Google Chrome OS-based Chromebooks have been by far the fastest-growing category in the PC market in 2020's third quarter.

Chromebook shipments have grown 122% year on year to a total of 9.4 million units in Q3 of 2020. That's still a relatively small share of the 124.5 million PCs shipped in the quarter, but it outstrips the growth in Windows 10 'detachable' PCs, ultraslim notebooks and convertibles, according to analyst Canalys' Q3 PC shipments report.

In the COVID-19 pandemic, where remote working has become the new normal, notebook sales have soared while shipments of desktop stations have plummeted. That phenomenon is benefiting Apple iPad sales and makers of cheaper Chrome OS-based laptops, such as HP and Lenovo.

Market leader Lenovo has shipped 23.5 million tablets, notebooks and desktops, just beating Apple shipments of 22.1 million Macs and iPads. Apple has a 17.7% market share in the quarter versus Lenovo's 18.9% if tablets are included in the measure.

With a poor choice of Android tablet alternatives to the iPad, Apple is still taking the lion's share of tablet sales. Worldwide tablet shipments have reached 44.3 million units, up 43% year on year. Apple has shipped 15.2 million tablets in Q3, leaving it with a 34% share and a year-on-year growth rate of 47%.

Samsung is in second spot with nine million tablet shipments and a 20.5% market share on the back of 80% year-on-year growth. Huawei has sold 5.1 million units, while Amazon's figure is 4.9 million tablets, and Lenovo's 4.2 million units.

"Tablets have come back from the dead as they deliver the perfect balance of mobility and computing power at a wide range of price points during such a crucial time," said Victoria Li, an analyst at Canalys.

Tablet shipments have not grown since 2015, with the exception of the past two quarters.

"Tablets are a natural choice for first-time PC users who want something uncomplicated and affordable to work with. The natural extension of Android and iOS on tablets makes it easy for parents, students and educators who dabbled with extended remote learning for the first time in their lives and prefer the ease of installing apps that these platforms offer," Li said.

Once again, the pandemic helps explains the surge in Chromebook sales.

"Chromebooks emerged as the centerpiece of the education segment's digital response to the COVID-19 pandemic", said Ishan Dutt, an analyst at Canalys.

"Uncertainty in how school terms will proceed remains at the forefront of educators' minds in the face of secondary lockdowns and protocols related to dealing with infections within a school's population."

The other big market for Chromebooks are small and medium-sized businesses that just need a cheap computer that works.