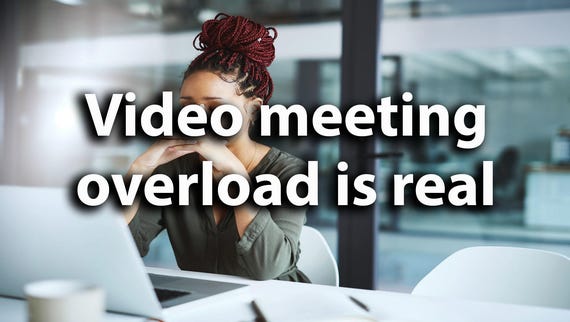 If you've ever found yourself more interested in the chat than the presentation while on a Microsoft Teams video meeting, you're not alone. In fact, most of the people inside Microsoft are doing exactly the same thing, and they like it.

Focusing on the chat window while participating in a video meeting can be a distraction – so much so that Microsoft released a setting in February that allows a Teams host to prevent participants from using chat while on a video meeting; think teachers and managers who don't want students or staff sharing jokes while an important meeting is taking place (the kids are probably using another app such as a game, TikTok or WhatsApp to chat while on a Teams video call anyway).

While Microsoft's Teams configurations acknowledge in-meeting sideline chat is a distraction, it's own research into the practice found that it's actually good from a social perspective.

But the research also justifies Microsoft's Teams controls that allow meeting hosts to prevent participants from chatting while logged into a meeting.

"Parallel chat can also be distracting, overwhelming, and cause information asymmetries," say Microsoft Research staff, who presented the work at the CHI Conference on Human Factors in Computing Systems Extended Abstracts in May.

The study looked at the diaries of 849 Microsoft employees during the summer of 2020. That is, when the pandemic sparked widespread remote work and online meetings, creating a boom in users for Zoom and Teams. The results also included a survey of 149 Microsoft employees that asked how they used chat.

If Microsoft's employees are representative of the global population, way more employees enjoy chat while on video calls than those who find it a distraction.

Some 85.7% of Microsoft employees thought parallel chat is a "net positive" while only 4.5% said it was negative. Just under 10% were neutral.

On the productivity side, Microsoft argues that chat messages can contain questions, links, documents, agreement, praise, other topics, jokes and chit-chat that's not relevant to work.

"Many people did report being distracted by chat – it is difficult to focus on the audio/video (AV) of a meeting while also participating in the chat. People clash over different expectations around how to chat and how formal chat needs to be," the researchers note.

So Microsoft Research argues that chat, while potentially distracting, is actually a benefit for most people.

"Chat enables people to organize their collaboration and action around documents and follow-up meetings. It enables people to work around problems such as poor connectivity and technical issues, language barriers, and inscrutable jargon. It helps manage turn taking and questions/answers, especially in large meetings," it said.