Joel has been a media practitioner since 1996, starting off as a reporter and eventually becoming editor of a pioneering IT trade newspaper in Manila. He is currently one of the content producers of a Manila-based developmental website.

It is said that more than 10 typhoons visit the Philippines every year.

As such, disasters such as large-scale flooding and landslides have become almost routine challenges for the government. 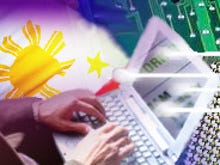 Filipinos turn to Web for typhoon help Philippine online community rides on blogs and social networking sites in bid to galvanize relief efforts and assistance for victims of Typhoon Kestana.

For the hundreds of communities across the archipelago, typhoon season also means the looming threat of evacuation and the loss of home and property.

Due to the unpredictability of typhoons, disaster preparedness has become the priority of the government.

In the recent years, the Philippines has relied heavily on rescue equipment, emergency rations, and information dissemination activities to hopefully mitigate the effects of typhoons.

And fairly recently, a new "high-tech" tool has been added to the government arsenal in addressing disasters brought by typhoons.

Project NOAH (Nationwide Operational Assessment of Hazards), an initiative of the Department of Science and Technology, has been deployed as an early warning tool for typhoon preparedness.

According to the government, the project answers the call for "a more accurate, integrated, and responsive disaster prevention and mitigation system, especially in high-risk areas throughout the Philippines."

Project proponents have high hopes for Project NOAH because it is a collaboration of several science and technology, and weather agencies in the government, and the University of the Philippines, the premier state university in the country.

One component of Project NOAH is a "flood information network" that seeks to automate data gathering, modelling, and information output for flood forecasts.

Although some of the project components are expected to be completed by December 2013, Project NOAH is getting positive attention as it also promises to provide computerized analysis of landslides and coastal erosion.

The other goals of Project NOAH may seem ambitious, such as a nationwide 3D hazard map, use of satellite information for broadcast in both TV and web, among others, which are all expected to be deployed by 2016.

Just recently, Project NOAH proponents also revealed that work is underway for an Android-powered tablet PC that will be made specifically to allow Project NOAH data sharing on the ground level.

Hopefully, Project NOAH will be able to somehow lessen the impact of typhoons and save lives during typhoon season in the Philippines.

This project is indeed a welcome development, considering that typhoon season in the Philippines runs for almost one half of the year.