Following up on promises to open source some of its biggest big data products, Pivotal has a new product up for review. 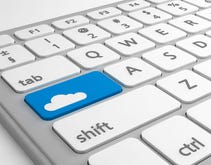 Geode consists of more than one million lines of code and is intended to serve as the open source heart of Pivotal's GemFire, a scale-out data transaction database with real-time processing.

Pivotal has already had quite a busy year in just a few short months.

The EMC spinoff started off the year by announcing its Cloud Foundry effort, a platform-as-a-service project, had more than 750 contributors by that time.

Thus, Pivotal made moves to form the Cloud Foundry Foundation with the goal of plugging Cloud Foundry as an open platform-as-a-service (PaaS) alternative.

Essentially a who's who of enterprise tech, the Foundation's collective includes backing from ActiveState, CenturyLink, EMC, IBM, Hewlett-Packard, Rackspace, SAP and VMware.

Pivotal followed up with another collaboration in February with the introduction of the Open Data Platform Hadoop initiative for testing and certifying primary Apache components.

Pivotal further strengthened ties to Amazon Web Services in March by unveiling what was touted as a simpler way to install its application development platform on AWS.

With the Geode debut, Pivotal is also reiterating promises it made in February to open source certain core components of its big data portfolio.

Open source releases of Pivotal's HAWQ benchmark for SQL on Hadoop and Greenplum Database massive parallel processing architecture are scheduled to roll out at some point later this year.

Pivotal has submitted an incubation proposal for Project Geode to the Apache Software Foundation. Available for public review now as well, Pivotal is actively encouraging developers to download and evaluate the database.