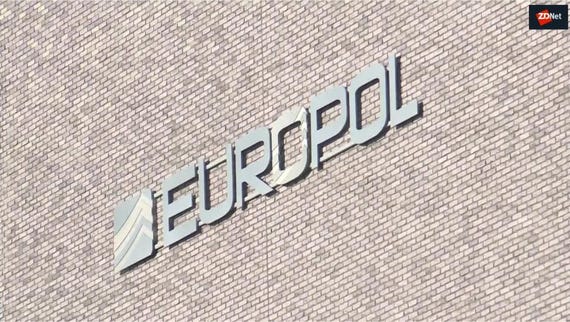 Electronic records software provider Practice Fusion will pay $145 million in damages to settle allegations that its services were used to influence doctors to prescribe opioid medication to US patients.

Founded in 2015, Practice Fusion is a provider of Electronic Health Record (EHR) software to medical practices, and calls itself the "number one cloud-based EHR company in the US."

The software at hand is touted as HIPAA-compliant, but it seems the managers of the software may not be holding themselves to such a standard.

On Monday, the US Department of Justice (DoJ) said that San Francisco-based Practice Fusion participated in a scheme aimed to increase opioid prescriptions across the US.

Experts have warned that the country is in the grip of an opioid epidemic. As reported by CNN, over 10 million US citizens, aged 12 and above, are estimated to have misused opioids in 2018, the majority of which being prescription pain medication abusers rather than heroin addicts.

If this isn't bad enough, it seems the trusted software that physicians rely on has been tampered with to deepen the crisis. Prosecutors say that in return for "utilizing its EHR software to influence physician prescribing of opioid pain medications," Practice Fusion was given kickbacks from a "major" -- but unnamed -- opioid company, as well as other firms.

According to the DoJ, Practice Fusion implemented clinical decision support (CDS) alerts in the EHR software to increase the sales of specific drugs. Pharmaceutical companies "sponsoring" Practice Fusion were allowed to participate in the design and development of the CDS alerts, as well as have a hand in the guidelines and criteria that would generate the alerts for physicians during the treatment process.

Between 2014 and 2019, healthcare providers wrote prescriptions for opioids based on CDS recommendations while Practice Fusion pocketed $1 million in "sponsorship," according to the DoJ.

The EHR software provider must pay $145 million to settle both criminal and civil claims. Over $26 million in criminal fines and forfeiture, as well as roughly $118.6 million to resolve the kickback claim, will be paid to the federal government and state authorities.

"Kickbacks from drug companies to software vendors that are designed to improperly influence the physician-patient relationship are unacceptable," said Principal Deputy Assistant Attorney General Ethan Davis. "When a software vendor claims to be providing unbiased medical information -- especially information relating to the prescription of opioids -- we expect honesty and candor to the physicians making treatment decisions based on that information."

Practice Fusion has also been charged with two felony counts of violating the Anti-Kickback Statute (AKS) and for conspiring to violate the AKS. Under a deferred prosecution agreement, Practice Fusion is required to submit to an independent oversight organization and invest in compliance overhauls.

TechRepublic: Risk managers: Here are the must-have skills for 2020

The civil settlement also lays to rest claims that Practice Fusion falsely obtained Office of the National Coordinator for Health Information Technology (ONC) certification for some versions of its EHR software by concealing compliance failures.

Christina Nolan, US Attorney for the District of Vermont, called Practice Fusion's behavior "abhorrent," commenting that "during the height of the opioid crisis, the company took a million-dollar kickback to allow an opioid company to inject itself in the sacred doctor-patient relationship so that it could peddle even more of its highly addictive and dangerous opioids."

"We are pleased to complete the settlement of these legacy matters, which as disclosed last August involve conduct predating Allscripts' acquisition of Practice Fusion. As a company, we are committed to maintaining the highest levels of professionalism and integrity, and since learning of this matter we have further strengthened Practice Fusion's compliance program.

Allscripts recognizes the devastating impact that opioids have had on communities nationwide, and we are using our technology to fight this epidemic. We remain committed to Practice Fusion and believe this matter should not overshadow the important and valuable work it is currently performing."

ZDNet has reached out to Practice Fusion and will update if we hear back.

Join Discussion for: Practice Fusion to pay $145m for accepting...