A privacy group, already known for taking on the U.K. government for privacy violations, is gearing up for yet another round.

Following the revelations that the U.K. intelligence agency GCHQ had reportedly infected millions of devices to snoop on citizens and collect data, Privacy International has filed a legal complaint alleging it conducted "unlawful hacking." 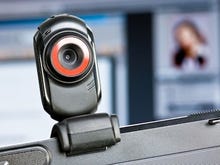 Tapping into laptop webcams shows the biggest and most blatant lack of respect for people's privacy by Western governments -- probably in living memory.

In a 30-page legal filing [PDF] with the Investigatory Powers Tribunal, which regulates the U.K. surveillance laws, the group claims the agency is "potentially far more intrusive than any other current surveillance technique," and can collect data not limited to location, age, gender, marital status, income, sexual orientation, and other highly sensitive citizen data.

The filing also alleges GCHQ has "not identified any legal basis for the alleged conduct," and that it breached the European Convention on Human Rights, which affords European citizens a right to privacy and freedom of expression.

The group wants its case heard in an open and public hearing.

Speaking to the BBC News, GCHQ declined to comment on the legal complaint.

Documents leaked by Edward Snowden to The Guardian earlier this year disclosed the "Smurf" program, officially named WARRIOR PRIDE, notably a series of mobile phone hacking tools that can activate a phone's microphone, track a person's geolocation, and stealthily activate a powered-down phone — all at the same time using self-hiding capabilities to prevent a device owner from knowing.

The newspaper also published leaked documents that showed GCHQ infected millions of devices with malware , dubbed TURBINE, and in conjunction with its U.S. counterpart, the National Security Agency, tapped into home computer webcams and snapped photos for more than two years on millions of people.

The privacy group asks in its complaint that the Tribunal declares these activities unlawful, that any collected data is destroyed, and an injunction be imposed restraining any further activities of these programs.

The Tribunal did not respond to the complaint, the BBC noted.