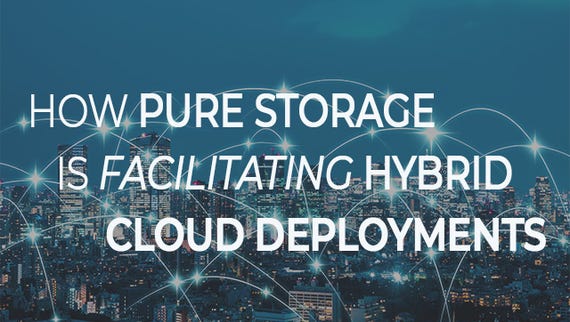 Pure Storage's fourth quarter sales were hampered by a "process breakdown" at a contract equipment manufacturer that curbed orders and a move by customers to go to a subscription model.

The company, which specializes in enterprise flash storage and a data management platform, reported a fourth quarter net loss of $25.8 million, or 11 cents a share, on revenue of $422.2 million. Non-GAAP earnings for the fourth quarter were 14 cents a share.

According to the company:

While Q4 results were below the company's guided ranges, they were directly impacted by two distinct items. First, a process breakdown at a contract manufacturer prevented a number of orders from shipping in the quarter. Second, Pure exceeded its expectations in selling the company's ES2 subscription offering, which ultimately drives positive long-term economics for Pure, but resulted in lower revenue recognized in the quarter. Except for these two items, our revenue and profits would have been within our guided range.

Overall, Pure Storage still delivered a bevy of fourth quarter bright spots. For instance, Pure signed a two year deal with a systems integrator worth more than $100 million. Gross margins in the fourth quarter also improved to 67.6 percent, up from 66.3 percent a year ago.

As for the outlook, Pure's revenue targets were roughly in line with expectations. The company said first quarter revenue will range from $327 million to $339 million. Wall Street was looking for $331 million. The company said orders delayed in the fourth quarter slipped to the first.