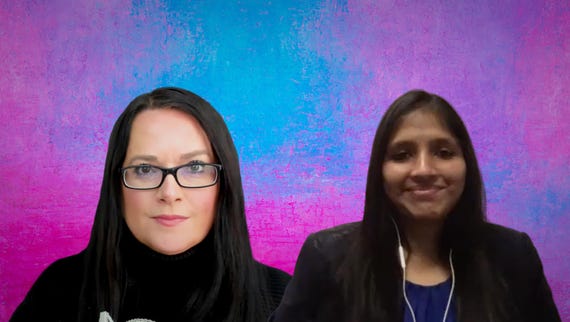 A team of researchers has published details of a new way to reliably create particles that are well-suited to use in quantum communications, which could lead to the unhackable communication protocols that have long been pitched as one of the most useful applications of the technology.

The scientists generated entangled photons, a method that applies one of the most intriguing properties of quantum physics. Entanglement is a phenomenon that occurs when two quantum particles become inextricably linked, which means that the way one behaves immediately affects the other, regardless of the distance between them.

As a simple explainer, says Adetunmise Dada, research associate at the University of Glasgow, who participated in the research, imagine that you are measuring your entangled particles in bits. If one entangled particle reads as "1", then the other will be "1" too. If you get "0", so will the other one read "0". Now make it a string of particles: when you measure them, you generate a string of bits on one end, that is exactly the same as the string of bits on the other side.

Combine such a property with particles that travel at the speed of light, like photons, and you have a method to share information between two bodies, even if they are far apart, in a way that relies on the mechanical behavior of particles, rather than traditional cryptographic keys – and is therefore much less likely to be cracked by malicious hackers.

Photon entanglement, in itself, is not new. In fact, the technology is already used for secure communication over thousands of kilometres, for example for satellite-to-ground or satellite-to-satellite communications. Until now, however, photons were generated in a specific wavelength – between 700 and 1,550 nanometres – which means that the light produced is close to the brightness of the sun.

Sunlight peaks around 500 nanometres, explains Matteo Clerici, senior lecturer at the University of Glasgow, who led the research; as a result, during the daytime, photon detectors struggle to differentiate the photons generated as part of a given experiment from the sun's light.

"If you have a single entangled photon, combined with hundreds of photons coming from the sun at a really close wavelength, coming towards a detector, you cannot distinguish between them," explains Clerici. Needless to say, the mixup can pose some problems for satellite communication.

Of course, you could start generating photons at wavelengths as far removed from the brightness of the sun as you possibly can, but then other challenges come into play. In some wavelengths, for example, which may be less bright, photons can instead be absorbed by certain types of atmospheric gases.

What the research team at the University of Glasgow managed to do, was to find a "transparency window" in the atmosphere, where there aren't many absorbing gases, nor is the sunlight overwhelming. That window is further into the infrared spectrum, at two micrometres wavelength.

Generating photons at two micrometres had never been demonstrated before. A major challenge for the researchers was to get their hands on the appropriate technology to conduct their experiment. "You need detectors that are able to see single photons at two micrometres, and we had to develop the right technology for these measurements," says Clerici. "And on the other side, you also need a specific piece of technology to generate the photons."

In partnership with technology manufacturer Covesion and the National Institute of Communications and Technology (NICT) in Tokyo, Clerici and his team engineered a nonlinear crystal that was suitable for operating at two micrometers. Photons are generated when short pulses of light from a laser source pass through the crystal.

SEE: This cloud service lets you use quantum and classical computing together to solve big problems

In theory, the entangled photons generated at the new wavelength should be able to travel as far as the photons generated through existing methods, and used for satellite communication. But the new experiment is still in its early stages, and Clerici said that the team hasn't yet identified how much information the new technology can communicate, or how quickly.

"There are various different ways to address daylight communication," says Clerici, "but our point is that at two micrometres, even though the technology isn't as developed as for other wavelengths, we may have an advantage, so it is worth exploring." For the team, therefore, work has only begun.