Rackspace turned in its first quarter earnings statement after the bell on Monday. 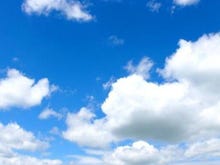 The IT hosting company reported a net income of $25 million, or 19 cents per share (statement).

Non-GAAP earnings were 20 cents per share on a revenue of $421 million, up 3.2 percent sequentially and 16 percent annually.

Wall Street was looking for earnings of 12 cents per share on a revenue of $419.53 million.

In response, Rackspace shares shot up by roughly 10 percent in after-hours trading as soon as the report dropped.

Promising continued growth through the second quarter, CEO and chairman Graham Weston reflected on the quarter in prepared remarks:

We are encouraged by qualitative factors, including the thousands of new customers we added in the quarter, including one of the largest we’ve ever landed. We also added significant new workloads for existing customers including Alex and Ani, Appboy, Clarks shoes, Under Armour and SunPower. Each of these customers values our managed cloud approach and chose us over providers of less expensive unmanaged infrastructure.

For the current quarter, Wall Street expects Rackspace to deliver earnings of 14 cents per share on a revenue of $435.53 million.

Rackspace followed up with guidance of revenue growth between three to 4.5 percent, or approximately $434 million to $440 million.

Here's a glimpse at more highlights from Rackspace's solid opening quarter for 2014: