Rackspace is acquiring ObjectRocket, which allows customers to use the MongoDB database through the cloud, it announced on Wednesday. 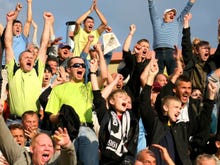 Winners in the cloud revolution Some companies stand to benefit from the rise of the cloud and others stand to lose. ZDNet picks the IT winners.

He added that the MongoDB database will enable Rackspace customers to store every single piece of data their company collects and draw on it at a later date if they realise it is valuable in some way.

MongoDB is a scalable, open-source NoSQL database that stores structured data as JSON-like documents so that it can be integrated into documents and applications easier and faster than it can be from relational databases.

ObjectRocket's MongoDB database will be offered as a service through Rackspace's Chicago datacentre from the end of March and rolled out to Dallas, London, Hong Kong and Sydney over the rest of the year.

Businesses are looking at MongoDB databases and wondering how to use them, said Beighton, who claimed that businesses are throwing away 80 percent of their data because they can't or don't know how to store it.

"Most people want this technology but they don't have the skills in house so this is a really easy way to consume it without getting very specialist skills," he added.

And why use MongoDB as a service? "The cost difference is dramatic if you have up-and-down peaks," he said.

"It's that classic cloud advantage as pay-as-you-go handles peaks so you don't have a huge investment in infrastructure."

Join Discussion for: Rackspace puts MongoDB in the cloud with...