Google is still refraining from de-listing 'right to be forgotten' links on its .com domains despite the view from Europe's data protection authorities that it should.

Since a ruling last year, Europe's 'right to be forgotten' law has given residents the right to ask search engines to remove search results that are out of date, inaccurate, or no longer relevant based on queries for their name.

While the ruling from Europe's Court of Justice made clear that Google and rival search engines were "data controllers", how they handle requests to remove data in their control is far from settled. 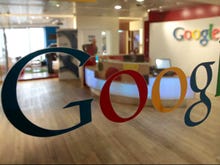 Google initially notified publishers when a link to a story was removed, and has so far limited delistings to European domains. Previously the search company outlined that most Europeans search from their local domain - for example, google.es for Spain. The small portion of searches within Europe conducted on google.com are most likely non-Europeans, like travellers, Google explained.

However, last November Europe's privacy regulators in the Article 29 Working Party (WP29) said that "limiting de-listing to EU domains on the grounds that users tend to access search engines via their national domains cannot be considered a sufficient means to satisfactorily guarantee the rights of data subjects according to the judgement."

The guidelines, however, are only suggestions - not law - and Google is treating them as such until its own Right to be Forgotten advisory council publishes a report later this month, according to Reuters.

"We've had a basic approach, we've followed it, on this question we've made removals Europe-wide but not beyond," Reuters quotes Google's chief legal officer David Drummond as saying on Monday at an event in Brussels.

Drummond said Google would be taking the WP29 group's recommendations and other input to "arrive at an approach", but added that Google believed the right to be forgotten should stay in Europe.

"It's our strong view that there needs to be some way of limiting the concept, because it is a European concept," he said.

ZDNet has asked Google for comment on its decision not to apply delistings to non-EU domains and will update the story if it receives one.

Join Discussion for: Right to be forgotten is still only for Europe,...