After a whistlestop tour of Europe, Google's independent privacy advisors have come out in favour of keeping the 'right to be forgotten' within the continent's borders.

The European Court of Justice ruled last year that European citizens have a right to request data processors stop linking to material that is outdated, excessive, or inaccurate in search results for their name. After the ruling was handed down in May, Google convened a panel of experts - including Wikimedia Foundation founder Jimmy Wales and Oxford University professor Luciano Floridi - to advise on how it should be implemented in practice.

The advisory council has now published its report into how Google should approach the right to be forgotten, and has recommended that when requests are granted, the 'delisting' should only apply to local European versions of Google, such as google.fr or google.es. 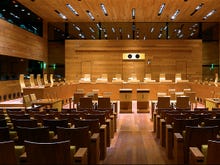 "Google has told us that over 95 percent of all queries originating in Europe are on local versions of the search engine. Given this background, we believe that delistings applied to the European versions of search will, as a general rule, protect the rights of the data subject adequately in the current state of affairs and technology," the report said.

Bearing in mind principles of "proportionality and extraterritoriality" as well as the rights of non-European users to information and the technical overheads involved, the advisory council did not recommend extending delisting beyond local versions of search in Europe.

The recommendation is in line with Google's own current thinking on the matter: delisting does not currently affect google.com. However, a group of Europe's data protection authorities recently called for Google to apply delisting actions to all of its search properties to make sure that the law couldn't be circumvented by simply visiting google.com rather than google.co.uk.

Google has granted on average one-third of delisting requests made under the right to be forgotten, according to recent statistics.

The panel made a number of other recommendations on how Google should handle requests made under the 'right to be forgotten' system, including that Google should continue to alert publishers when articles they've published are delisted from search results, to allow them to appeal the decision.

And, while Google has given no indication so far on what criteria it takes into account when making right to be forgotten decisions, the panel recommended four elements should be taken into account: the individual's public profile (for example, the search engine should be more likely to delist material about a private individual compared to a prominent politician); the age of the material; how reputable the source material is; and the nature of the material (for example, Google should be more likely to delist material about an individual's finances, or about children, than details about criminal activity).

Join Discussion for: Right to be forgotten shouldn't go beyond...