Rockstar Consortium, the patent-holder owned by Microsoft and Apple, has dropped an infringement claim against China's Huawei, paving the way for settlements with a number of other Android makers facing similar claims. 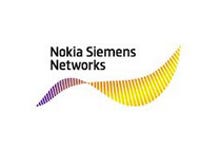 Considering Huawei and ZTE can't compete stateside thanks to a U.S. House investigation, Nokia Siemens Networks can and is looking to fill the Huawei-shaped hole in the market.

As reported today by FOSS Patents, Huawei and Rockstar on Tuesday filed a joint motion at that court to dismiss the claims against Huawei.

The documents do not indicate whether Huawei has agreed to settle or take a licence from Rockstar or its subsidiary tech company, MobileStar Technologies. However, FOSS Patents' Florian Mueller notes that "it would be utterly unrealistic to believe that Rockstar would let Huawei use those patents without a royalty-bearing licence".

Last December Google filed a counter claim in the Northern District of California for declaratory judgement of non-infringement on the claims brought by Rockstar and MobileStar. While citing harm the suit brought on Android and Google, the company also argued that the proper venue for the dispute would be in California (where RockStar’s key shareholders were based) rather than the Eastern Texas Court, which has historically been favoured by patent infringement claimants.

The backdrop to the current claims was the 2011 bidding war in which Google famously bid "pi" ($3.4bn) for Nortel's mobile patents and ultimately lost to a consortium including Microsoft, Apple, Ericsson, BlackBerry (then RIM), Sony and EMC that paid $4.5bn for the IP.

Google later acquired Motorola for $12.5bn, in a deal believed to have been to bolster war chest of patents.

RockStar is owned by all members of the consortium except for EMC, but has largely kept a low profile as separate Android patent battles, including Microsoft's Android licensing campaign , played out.