Trade relations between China and US are heading for shaky grounds with Donald Trump at the healm, and US tech firms may face retaliation if the US president-elect imposes tariffs.

Speculations had been rife about how Trump's election win could impact Asia-Pacific, especially since the self-described billionaire had accused Singapore and China, amongst others, of stealing jobs from the US.

Dane Anderson, Forrester's vice president and research director. said he expected minimum impact on the region's IT industry as a whole, since most of Trump's focus had been directed at industrial blue-collar jobs in manufacturing and Mexico with NAFTA (North American Free Trade Agreement).

However, China and nations involved in the Trans-Pacific Partnership (TPP) agreement would likely see some significant impact, Anderson, who is based in Singapore, told ZDNet. Among the 12 nations participating in the TPP are several Asia-Pacific economies including Singapore, Japan, Malaysia, Vietnam, and Australia.

"Any tech firm banking on TPP should kiss that idea goodbye for at least four years," he said. "Second, trade relations between China and the US could get rocky. I'd recommend Chinese tech firms take a wait-and-see approach before making investments in the US market."

The Chinese government, though, might respond swiftly should Trump made good of his promise to curtail trade.

In an editorial published Sunday, China's state-owned newspaper Global Times said China would "take counter-measures" if steep tariffs were implemented on Chinese imports. It pointed to a 35 percent import tariff on Chinese tyres after US president Barack Obama took office, which led to China taking retaliatory steps and imposing tariffs on US chicken and automotive products.

Both nations suffered losses as a result, said Global Times, noting that China-US trade would be "paralysed" if Trump chose to impose a 45 percent tariff on Chinese imports.

"China will take a tit-for-tat approach then," it said. "A batch of Boeing orders will be replaced by Airbus. US auto and iPhone sales in China will suffer a setback, and US soybean and maize imports will be halted. China also could restrict the number of Chinese students in the US." 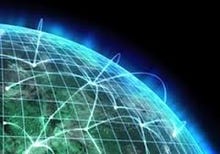 With a potential US president who may scare off foreign tech investors and hinder its ability to innovate, Asia can step in as a viable alternative but first needs to put in place the necessary pieces.

"Trump, as a shrewd businessman, will not be so naïve. None of the previous presidents were bold enough to launch an all-out trade war against China. They all opted for a cautious line since it's most consistent with the overall interests of the US and it's most acceptable to US society."

Global Times said Trump should not alter this "pattern of interests" between both countries, describing the bilateral trade as "gigantic" based on "mutual benefits". Should the president-elect choose otherwise, several US industries would be impaired, it said, and he would be "condemned for his recklessness, ignorance, and incompetence".

As for Asian tech companies that had businesses in US or trade relations with US companies, Anderson suggested a need to separate rhetoric from reality. He explained that Trump's focus would be on driving US economic growth and communicating with his blue-collar voter base, and these would likely involve Mexico and NAFTA, which would have a bigger impact on industries such as automative and energy.

"He is an unpredictable figure and nobody knows exactly what he will do, but as he builds his cabinet it will likely be filled with Republicans who tend to favour free trade and economic growth," he said.

The Forrester analyst also wanted an end to Trumps "fiery rhetoric" so that US policies would have more transparency and predictability. "I also hope the Trump administration works effectively with China and does not spark a trade war. Finally, I hope he leaves well enough alone," Anderson said.