Samsung claims Knox, its one year-old key feature for getting Android in the enterprise, now has 1.8 million active users and hopes the security service will be a key player in the Internet of Things. 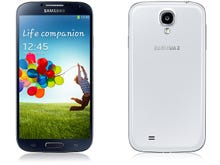 The figure was touted by Samsung senior vice president Rhee In-jong, the head of Knox development, who unveiled the figures at the company's investor forum yesterday in Hong Kong.

While having 1.8 million active users indicates some momentum for Knox, it still remains a small percentage of the total number of devices with the security software installed. Rhee noted that Knox has now been integrated with 24 Samsung smartphone models and that there are more than 87 million Knox-enabled devices in the wild.

Rhee said the company is seeing "traction" in the regulated industries, such as government, defence and finance.

"If you get a validation in that community or industry ... it will trickle down," he said, pointing to future growth in the small to medium business segment.

Samsung has cleared a few milestones with regulated industries: it recently gained the support of the UK government for public sector use , and the US Department of Defense, for some classifications of information.

Samsung launched the first version of Knox in early 2013 with the Galaxy S4, in order to address Android security issues that hampered its entry to the lucrative enterprise market, dominated by the iPhone. Knox offers work and personal partitions similar to BlackBerry's Balance feature. The company launched Knox 2.0 with the Galaxy S5 in February this year, adding a new Knox store for enterprise apps.

Despite Knox being so widely available, whether it's had much of an impact remains to be seen. Figures by Citrix at the time Samsung launched Knox showed iOS clearly dominated enterprise device rollouts with its mobile device management (MDM) system. MDM vendor Good Technology reported this February that iOS activations held steady quarter on quarter with 72 percent of devices activated in the fourth quarter of 2013. Android activations declined a percentage point over the quarter to 26 percent.

But according to Rhee, Knox has bigger potential than just as a smartphone platform with the company looking for a role in connected devices and embedded systems, known as the Internet of Things — where Samsung sees 60 billion devices will be operating by 2023, compared with two billion smartphones by 2017.

Some of the uses Knox and the Knox cloud could be useful for, Rhee said, are updating embedded devices that support industries such as fleet management and logistics.

Join Discussion for: Samsung says it's got 1.8 million active...