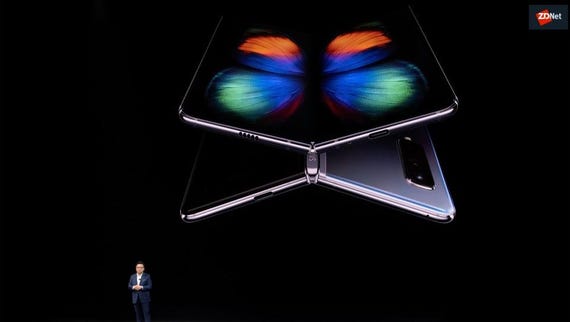 An updated Galaxy Fold: Can Samsung pull it off?
Watch Now

Samsung on Monday announced that the Galaxy Fold will launch in the US on Friday, Sept. 27. The launch follows the smartphone's release in Korea and parts of Europe earlier this month.

The Galaxy Fold is Samsung's first smartphone with a foldable display and has seen its share of problems leading up to its second release date this year. In April, just a few days before the phone's first release date, tech reviewers began to experience issues with the display.

Ultimately, Samsung postponed the launch to investigate and correct the issues. And, as of Friday, US customers will be able to order the $1,980 foldable phone from AT&T, Best Buy, and in Samsung Experience Store locations.

There will be an unlocked version, as well as an AT&T specific version.

Not every AT&T or Best Buy store will carry the Fold. You'll need to visit Samsung's website in order to find a nearby retail location that has the Fold. Samsung won't sell the Fold on its website. You can order through att.com and bestbuy.com, however.