Between figuring out the right gift and getting ahead of expected shipping delays this year, shopping for gifts for the holidays can be stressful. It doesn't have to be, though. And while the two of us can't help with the shipping issues we're all sure to face, we can offer some gift recommendations.

Cipriani: Happy Holidays, Perlow. Have you started shopping yet?

Perlow: Shopping? Do you mean like going out in public and going to the mall? Heck no. I'm sitting on my rear end in my living room noshing on air-dried cheese snacks, chicharrones, and Chex Mix and binging on TV shows.

Give the gift of Apple Services to everyone in your family 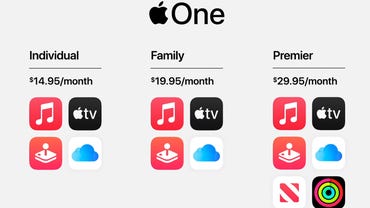 Perlow: So this year, I am all about great streaming and services content. I'm going to have to start with the Apple One Premier subscription. This is a gift to yourself and your entire family. For $30 a month, you get access to all of Apple's services -- Music, News Plus, Arcade, Fitness Plus, Apple TV Plus, and iCloud Plus with 2TB of storage -- for five people. And to pair with those services? An Apple TV 4K, of course. And an iPhone. And an iPad. And an Apple Watch. And an M1 Pro MacBook Pro. Santa needs to get off his rear and deliver this year. Or is it Hanukkah Harry? 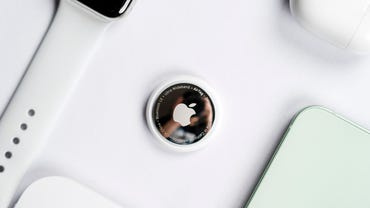 Cipriani: My first gift recommendation is Apple's AirTags. $30 each, or 4 for $100. This is the type of thing you get for an Apple user and then they, hopefully, forget about it until it's absolutely needed.

Stream away your holiday woes 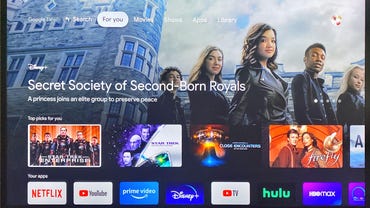 Perlow: Am I supposed not to recommend another Apple thing? Are we sure? Because, you know, being paid secretly by the company to violate my journalistic principles, I can easily recommend another Apple thing. Okay. You know I have not been getting along with Google's products lately. But I did really like one of their devices this year: The Chromecast with Google TV. It's still the best budget steaming device, in my opinion. You can't beat it. 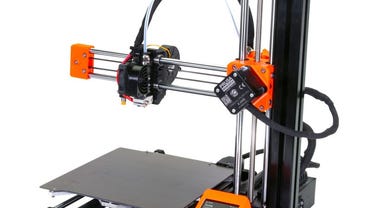 Cipriani: I love the Prusa Mini+ 3D printer. You can get it prebuilt for $399-$419, depending on the options. Fun, reliable setup. 2-3 week lead time. If you want to put it together on your own, the price drops down to $349, but it has an 8-10 week lead time. I built mine, and while it was a fun experience, I waited almost 4 months for it to arrive. Spend the extra cash for it to arrive already built. 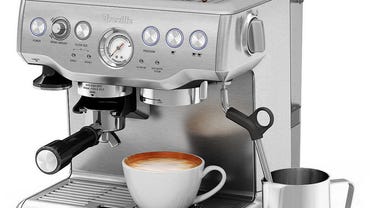 Perlow: I am not much of a maker type. But I think every creative type needs a good espresso drink, so I will recommend the Breville Barista Express machine, which can make near-professional quality cafe drinks right in your own home. It has an integrated dosing grinder with 30 levels of fineness and can produce high-quality microfoam for a damn fine latte. 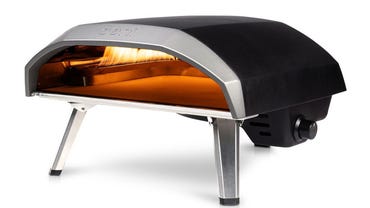 Cipriani: I know you're going to offer up some cool food gadget recommendations, but I'm going to beat you to it -- a pizza oven you, I believe, bought recently and something I've had for a year or so now: The Ooni Koda 16. It's $599, $100 more than what it was when I bought it is and currently in stock. Gets up to 1,000 degrees F. Cooks pizza in 90 seconds. It's awesome.

Perlow: Yeah, the Koda is some serious kit, although I use the Roccbox myself, which is also a cool pizza oven. I see a lot of vendors at farmers' markets and events using it because of its portability.

Be your own 4-star chef 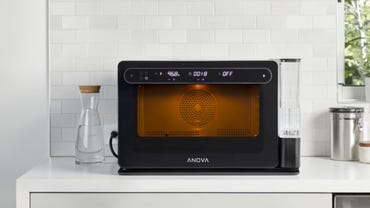 Perlow: But speaking of ovens, I have to hand it to the Anova Precision oven, which, for $600, will allow you to produce 4-Star restaurant-quality steam injected convection cooked proteins and baked goods. I've used this to make unbelievable stuff in the last six months or so, and it has a huge community of users behind it -- you can sous vide without using a bath, just like a $15,000 Rational combi oven but in miniature. Got an entire steak primal? A roast? Four loaves of bread? A cake? Seafood? It will cook it perfectly because of the precision computer control and internal temperature monitoring and is totally app programmed and controlled with Wi-Fi. You can't overlook using this, it's impossible.

If you can't be an athletic champion, maybe your beer can 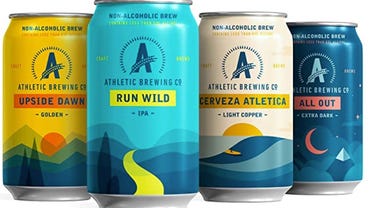 Cipriani: After the holidays, your local gyms are full of people who are trying to get back into shape. Getting into shape and drinking beer don't go together. But what can help is Athletic Brewing's Non-Alcoholic beer. I've been drinking it for the last month or so, and honestly, I can't tell the difference between it and real beer. You can order it directly on Amazon. There's a mixer case that has two different IPAs, a Mexican light copper and a dark beer that sort of resembles a stout, but I wouldn't call it one.

Be a cocktail pro in your own home 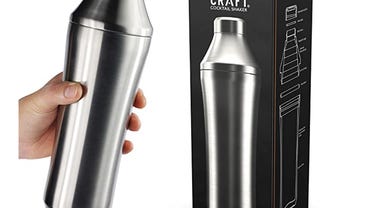 Perlow: I am not into beer so much, but I like a good cocktail, so I have to recommend the Elevated Craft Cocktail Shaker, which is made out of stainless steel and is insulated. It makes mixing top-notch margaritas and all kinds of professional cocktails a breeze, and your hands won't freeze while using it to get it super cold and it won't "sweat" with condensation. Plus, it has an integrated measuring cup to follow drink recipes precisely and a built-in strainer. It's also big enough to make 4 drinks at a time. At $70, it's a totally worthwhile addition to your home bar.

The Metaverse calls you 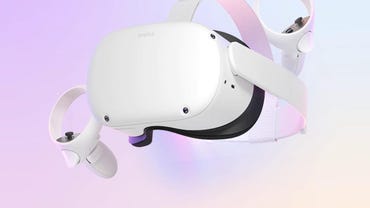 Cipriani: I'm going to throw one more thing on this list, and it's going to be a curveball to you and our listeners. The Oculus Quest 2 -- excuse me, Meta Quest 2. The VR Headset from the company that shall not be named. I received one about a week about from Meta, and, well, it's incredibly impressive. I've found that I've had to sort of ease into it, though. I haven't had all-out motion sickness, but I have had some vertigo after using it. I've read that it goes away after time, but that hasn't been the case so far. If any of our listeners are big VR users with recs, feel free to reach out with tips.

You can't put a value on your mental health 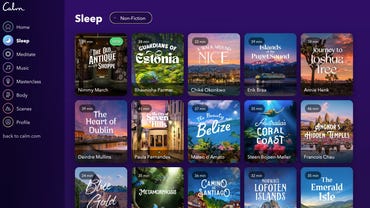 Perlow: As someone who has coped with anxiety, especially during the pandemic, I've been a fan of mindfulness apps and Calm for quite some time. One of my favorite apps and subscription services for this is Calm, which can be purchased yearly for $69.99 or $399.00 as a lifetime membership. But right now, you can get that lifetime membership for 60% off, a huge saving for $159.99. This gets you all the content, which is constantly being updated and added to, such as the Sleep Stories from popular celebrities and voice artists.